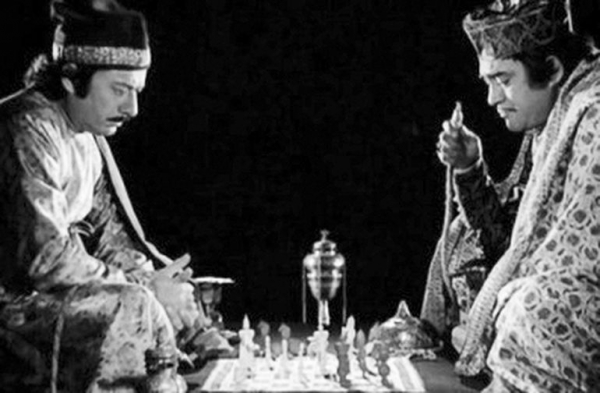 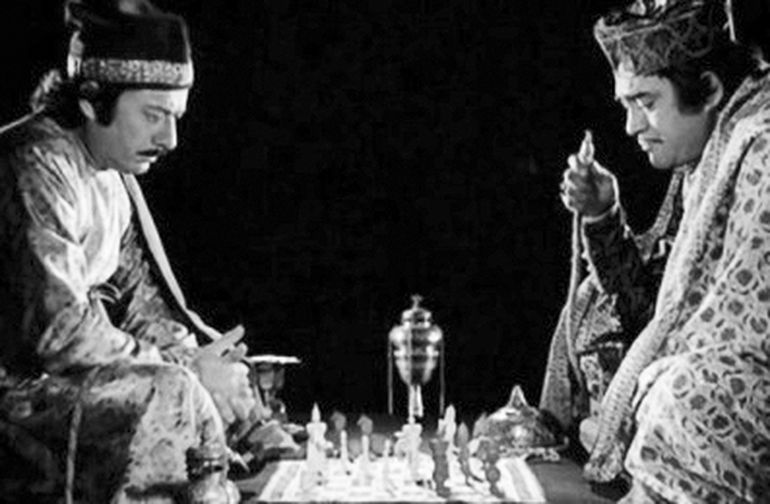 In 1856, Luknow is the capital of the Muslim Kingdom of Auadh.
Wajid Ali Shah, the king, is more attracted by arts than by politics. Taking advantage of the situation, Lord Dalhousie, general governor of the East Indies Company, tries to place the kingdom under British rule. British general Outtram finally wins the abdication of this socalled king who gives more importance to his own pleasures than to exercising power. Meanwhile, Mirza Sajjad Ali and Mir Roshan Ali, two aristocratic friends, spend their whole life playing chess, ignoring everything else including their wives. Their passion for this game invented in India, is so strong that they don’t mind the place where to play : at Mirza’s home, or at a lawyer friend despite his serious illness, at Mir’s house or even in the village of a young boy.

More in this category: « The Big City Earth and Ashes »
back to top