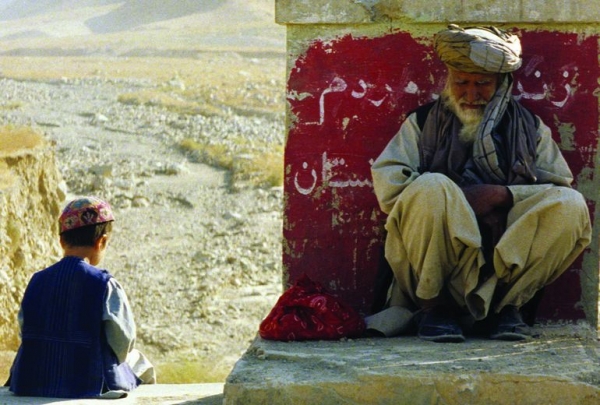 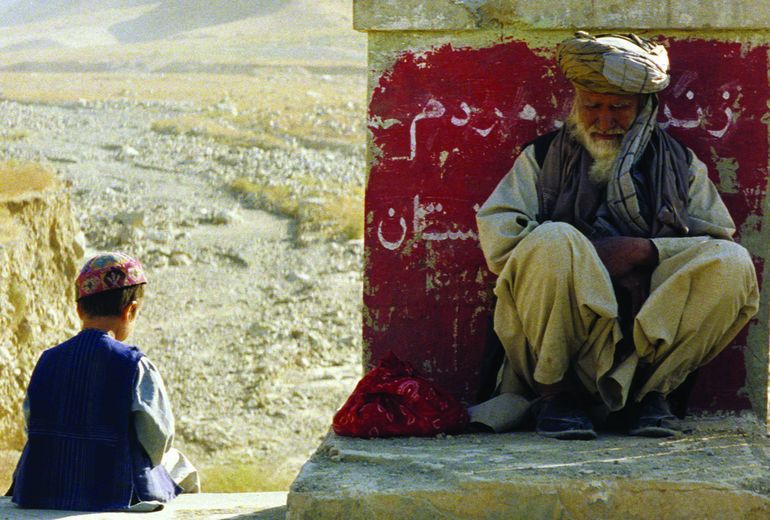 Script: K. Partovi, Atiq RAhimi after his own epnoymous novel

Dastaguir is sitting on the road side with his grand son Yassin. All around him is the desolation of Afghan landscape : a half destroyed bridge, down is a dried up river, in the distance the arid mountains and a dusty path leading far away to the horizon line. This path is the way to a mine, the dreadful and yet final destination for Dastaguir. He reluctantly undertook this trip to meet his son, the father of the boy, who works in the mine. He has to inform him that their village has been bombed and their whole family killed. It is a heavy task for the old man torn between his own grief and unbearable loneliness, and the code of honour so deeply rooted in the Afghan mind. On his way, he meets unknown people : a grumpy watchman in his sentry box, a merchant philosopher, a mysterious woman under her veils and other victims of this unspeakable war still going on, off screen...

" Earth and Ashes " is the adaptation of A. Rahimi’s eponymous novel. It is a fable about the devastating loss, the redemption and perseverance of the human mind facing war atrocities. To be born and live in a country at war.

More in this category: « The Chess Players A Weak Heart »
back to top