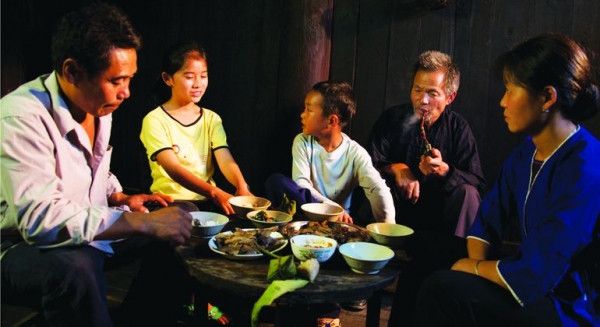 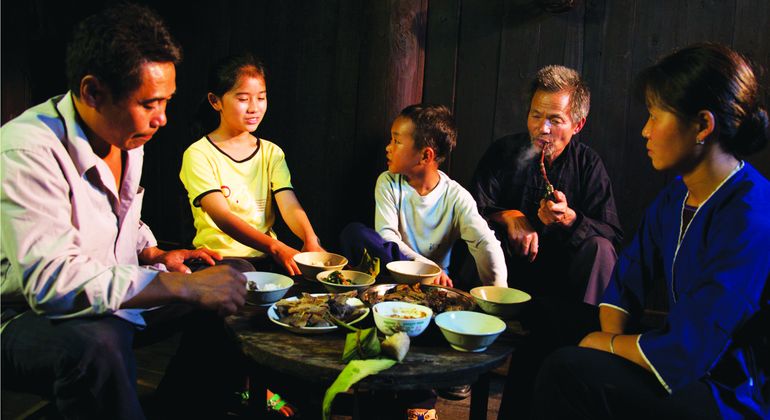 The Rice Paddy is the chronicle of a village in southern China where we discover twelve-year-old girl A Qiu’s daily life with her family in the paddy fields throughout the seasons. With her grand-mother’s decease, who brought up her grandchildren, her parents are forced to leave the construction sites where they work in the city to come back and settle in the village. At the crossroads of modernity and tradition, little A Qiu decides she will become a writer one day… This poignant ecological tale shot with villagers and nonprofessional actors, is the very first film in Dong language.
« In the spirit of a ‘neo realism’ tradition, the film is a fiction nurtured with real facts and real characters. These families, whose parents have to work in faraway cities and whose grand-parents have to bring up the children in addition to their work in the paddy fields, are a reality. I was born in this area and I wanted through this chronicle to show how, day after day, traditions can have talks, or not, with modern society. » Xiaoling Zhu

More in this category: « Summer Days with Coo After the Curfew »
back to top