Ride on the Rainbow 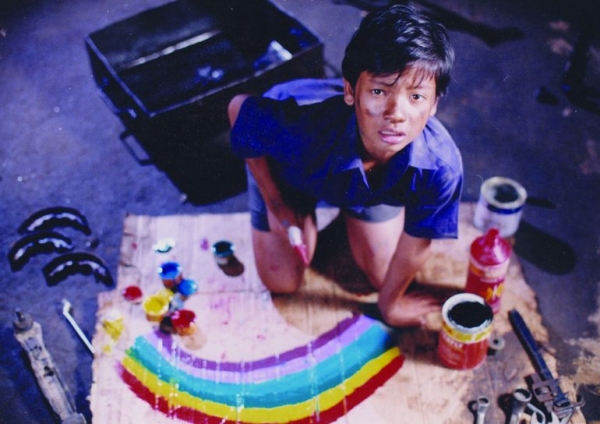 The Ride on Rainbow

11 year-old boy Kukoi leaves his remote village from Assam to go to the close by city and work in a garage where the owner exploits him and molests him. Kukoi kills the garage owner while trying to defend himself. Sent to a detention center, he retreats into silence. Biswa Boro, the director, is an understanding social worker who gradually finds out about Kukoi’s secret. Proved non guilty, Kukoi goes back to his village with Biswa Boro who endeavors to make him smile again.
Konikar Ramdhenu is the third part of the trilogy started in 1995 with Xagoroloj Bohu Door (It’s a Long Way to the Sea) and Pokhi (And the River Flows) in 1998 by Jahnu Barua, the major auteur film maker from Assam.

More in this category: « The Servile A Simple Life »
back to top