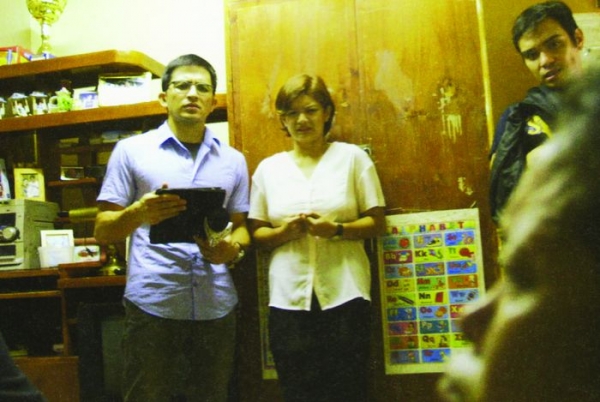 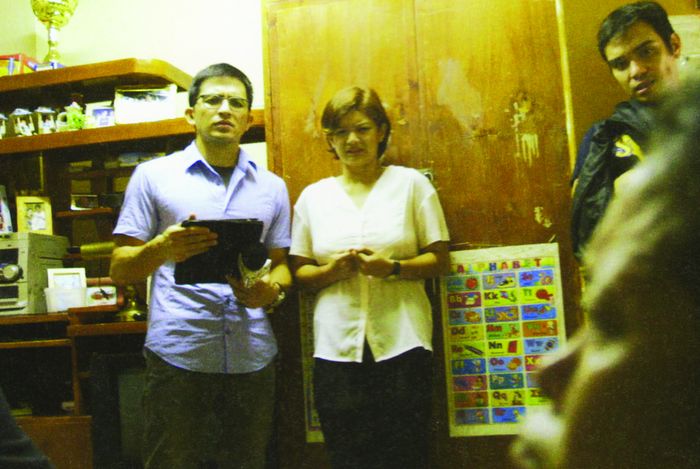 In a harsh context of competition, the SBN channel needs a miracle to fight with the PBC channel, its rival. In these times of madness and fear, the new SBN team is convinced that their only chance to survive is by covering a story of demonic possession. Producer Meryll Flores and reporter Dennis Marquez, who both have a lot to gain in the company with such a subject, set off to search for a possession case. In fact it is Baron Valdez, the cameraman of the rival channel, who finds the unique case of a teacher possessed by the devil. Under the pretext of a genre film, Sapi denounces the war of the media and their scheming.
“While Sapi tries to scare and shock the audience to extremes, my aim as a director is not so much to make the audience close their eyes out of fear, but rather, I hope, to make the audience open their eyes on reality. Sapi sounds like a documentary within a documentary, blurring the line between fiction and reality.” Brillante Mendoza

More in this category: « Captive Manila - In the claws of the Neon »
back to top