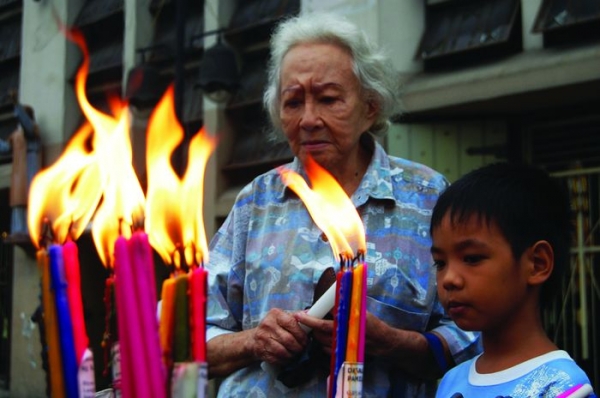 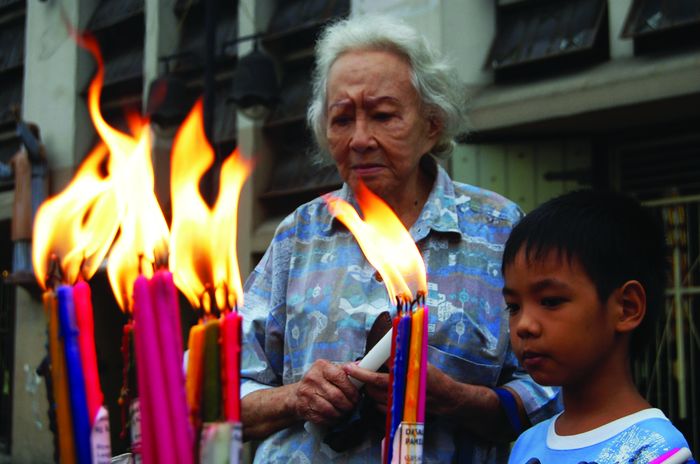 Two Filipino grand-mothers, worn-out by time and their lives spent in Manila poor areas, meet without knowing they are bound by a fatal event. Lola Sepa just lost her grand-son stabbed to death by a mobile phone thief; Lola Puring is the grand-mother of the young murderer who waits for his trial. One needs money to give her grand-son a decent funeral, while the other one struggles to get her grand-son out of jail. At the Court, the two grand-mothers face each other; both are frail and poor, each of them is determined to do her utmost for her grand-son.
“Our humanity may be weighted and balanced by law scales. In Lola, a crime will reveal the force and fragility of two aged women. One turns out to be weak, the other one is strong. The balance of humanity is saved, and, just like in nature, the stronger survives. But human value is governed by social status.” B. Mendoza

More in this category: « Amangueldy Thy Womb »
back to top