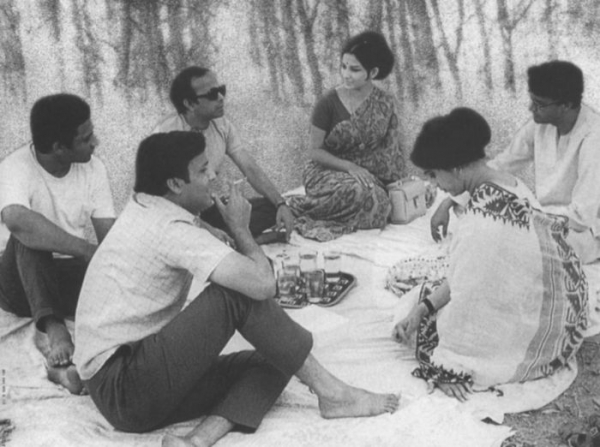 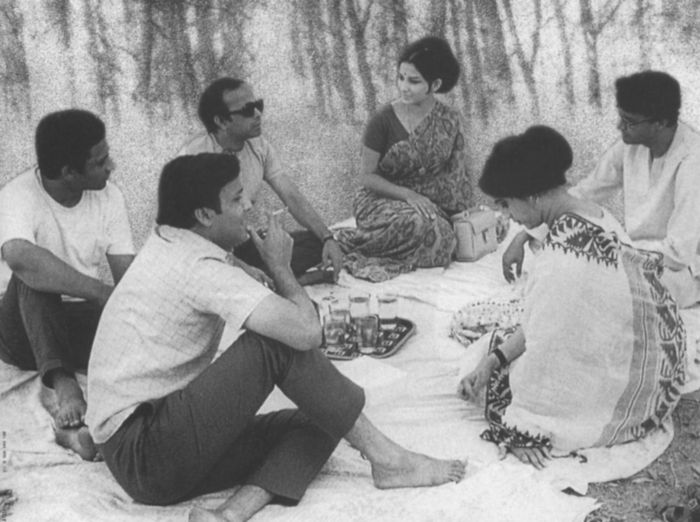 Hari, a famous cricket player, has been ditched by his girl-friend. Ashim is a handsome young promising executive, while Sanjoy is a serious inhibited foreman and Sekhar a funny, somehow parasitic, unemployed young man. The four men settle in a forest bungalow despite the regulations display. They are keen to immerse themselves in nature for a few days and forget all about their urban life. During their stay, they make a few meaningful encounters : Lakha whom they employ as their cook, Duli the beautiful tribal girl , and two ladies from an upper class family. Aparna is a bright educated young woman, while Jaya, her sister in law, is a frustrated sensual young widow.

More in this category: « The Music Room Miss Wonton »
back to top