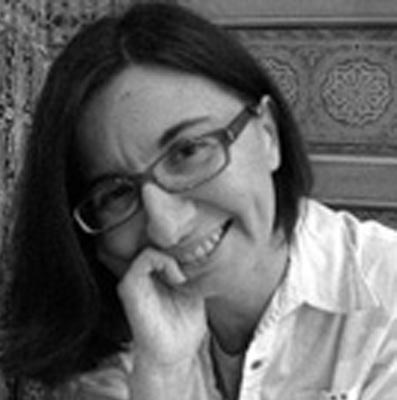 Luisa Prudentino was born in Italy in 1961. After graduating from Chinese Languages and Civilisations, she moves to Democratic Republic of China from 1985 to 1990. Living in Shanghai, she assists the renewal of Chinese Cinema. Moving back to Rome, Italy, she organizes the first Contemperary Chinese Film Festival and publishes the catalog: CinemaCina : la realtà dietro la finzione (Chinese Cinema: the reality behind the fiction). In 1991, she moves to France to continue her research work about Chinese Cinema at EHESS Institute in Paris. She writes many articles, before publishing her first book about Modern Chinese Cinema, The Eye of Shadows. In 2004, she teaches at Paris' University III. She is currently consultant for several Film Festivals and lives and organizes many conferences about Chinese Cinema in Italy, France and China.
.

More in this category: « Thomas Guillaume Anaïd Donabedian-Demopoulos »
back to top