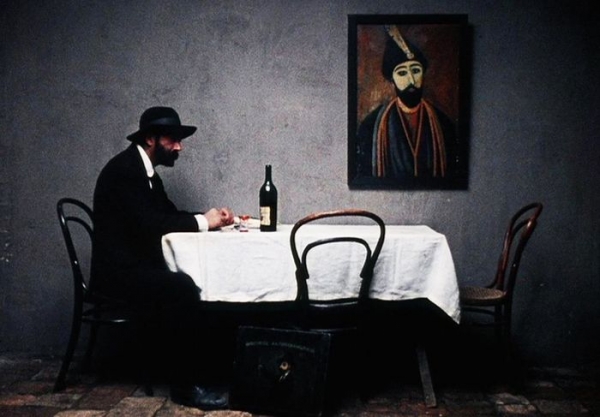 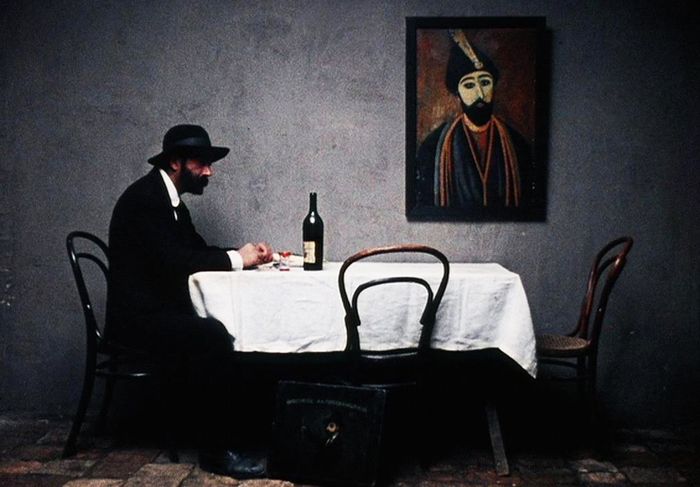 The film deals with the life and work of the famous Georgian 19th century “naïve” artist, Nico Pirosmanichvili, known as Pirosmani (1862 to 1918). Witnessing poverty which he found unbearable, Pirosmani gave away his possessions to the poor. He sold his paintings in the street for the price of a meal. Two artists passing by were impressed by his talent and organized an exhibition of his work. However the official critics gave him bad revues. He died alone and misunderstood, apart from one or two connoisseurs.

“Pirosmani seems like the evocation of a personal path through life, where the search for creative freedom is fired by the artist’s analysis of his occupation itself, as well as by the conditions and the pressure of freedom, forcing him to escape, to wander and live on the fringes of society, because he hates to wear a straitjacket, even if the latter is that of the admiration of bourgeois society, of established order and established art… The film is a simple account of that pressure and escape, the passionate eye of the artist, sometimes merging with dreaming.” Michel Capdenac

In spite of the difficulties of daily living, an artist misunderstood by his contemporaries, dedicates his life to his art.

More in this category: « Eddie King James' Journey to Jerusalem »
back to top