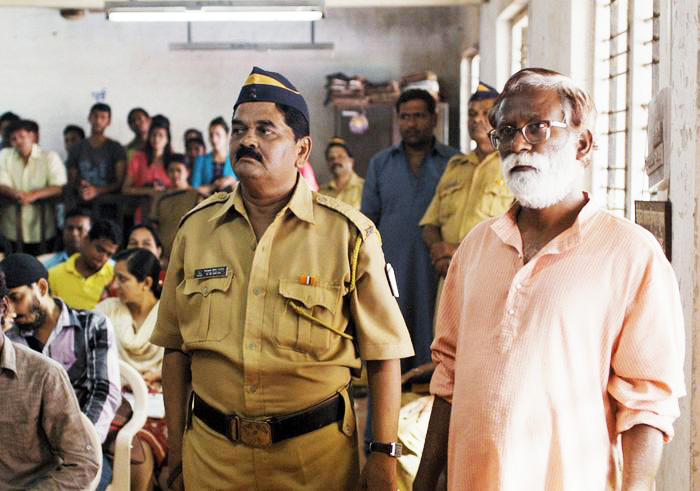 The body of a worker from the town waterworks is found in a sewer outlet in Bombay. Narayan Kamble, a militant folk singer is then arrested in the middle of a concert, accused of having encouraged the man to commit suicide by one of his seditious, protest songs. A trial is put into place and gets bogged down in an never-ending maze of absurd complexity. The court of justice is turned into a soundboard for the tension and archaisms in contemporary India.

“The poet in the film is a member of the Dalit community, a group who are traditionally considered as ‘untouchables’. They have inherited hundreds of years of oppression and marginalisation. Every form of resistance, is neutralised and constantly surveyed. Even if the film is centred on cultural groups proper to Bombay, the main aim is to explore the invisible web of a society there where the members constantly act according to the codes of caste and social class. The challenge for me was to give these people back their dignity and their humanity, in spite of their shortcomings.” Chaitanya Tamhane

Folk : popular music belonging to oral tradition used as a means of protest and opposition.

More in this category: « To Stay Alive Eddie King »
back to top