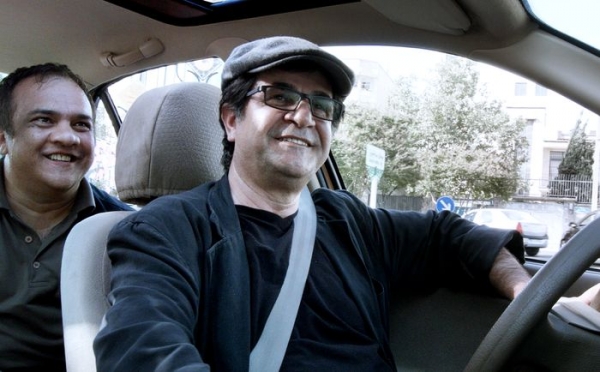 Behind the steering wheel of his taxi, Jafar Panahi criss-crosses the busy, Tehran streets. According to whichever passengers he picks up and who confide in him, the filmmaker draws the portrait of Iranian society, poised between laughter and emotion.

“I’m a film-director. I don’t know how to do anything but make films. The cinema is the way I express myself and what gives meaning to life. Nothing can stop me making films and when I find myself cornered, in spite of all the restrictions, the need to create becomes even more urgent. Cinema as art is what is essential for me. That’s why I have to keep on filming, whatever the circumstances, as respect for what I believe in, and to make me feel alive.” Jafar Panahi

“Rather than letting his mind be destroyed and giving up, rather than letting himself be overwhelmed by anger and frustration, Jafar Panahi writes a love letter to the cinema. His film is filled with love for his art, his community, his country and his public.” Darren Aronofsky

Deprived of freedom, including that of making a film, Jafar Panahi gets round the restrictions so as to continue his work in film-making..

More in this category: « Junction 48 A Man of Integrity »
back to top