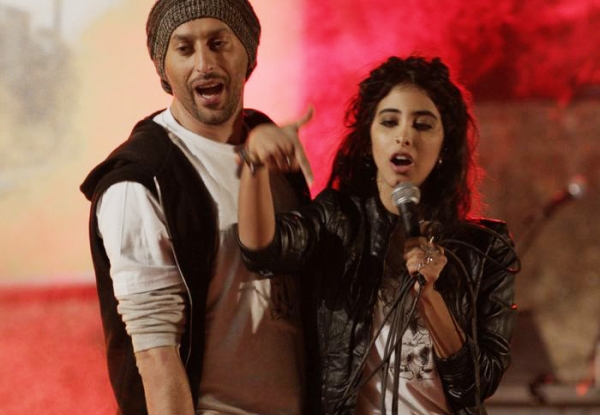 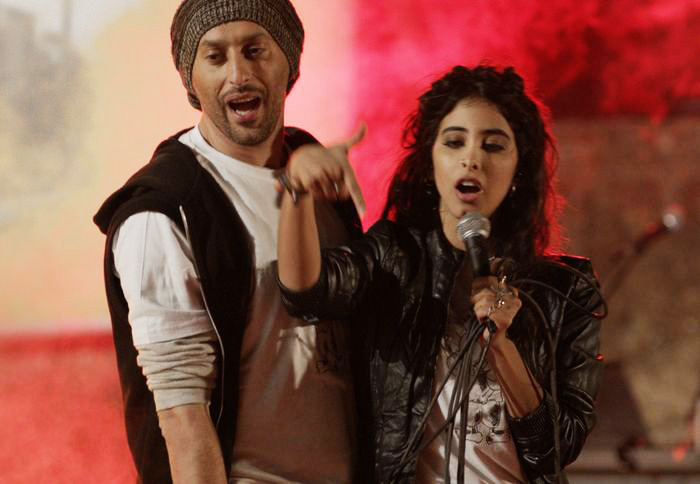 In the small town of Lyd, 20 minutes away from Tel Aviv, Kareem, a Palestinian rapper, lives a life made up of odd jobs and outings with friends. His girlfriend, Manar, and he have to work at keeping their love alive and giving themselves expression through their music, whether it be in their ghetto, riddled with criminality, or on the hip-hop scene in Tel Aviv.

“Our main character, the first Arab hip-hop musician, lives in the Lyd ghetto… The Palestinian citizens of Israel are often referred to as ‘Palestinians from 48’. ‘Junction 48’ tells the story of Kareem and Manar and their community : these Palestinians from 48. However, it is also a universal story, the story of these young, Arab muslims in the world, who are trying to find their own means of expression, at once both individual and universal… Against all odds, we have created a binational community with their own artistic expression and own culture, a community which opens the possibility for ‘living together’ which does not pretend, all the same, to forget that we are living in a situation of separation.” Udi Aloni

All means are good means, even hip-hop music, when you’re fighting for a just cause.

More in this category: « James' Journey to Jerusalem Taxi »
back to top