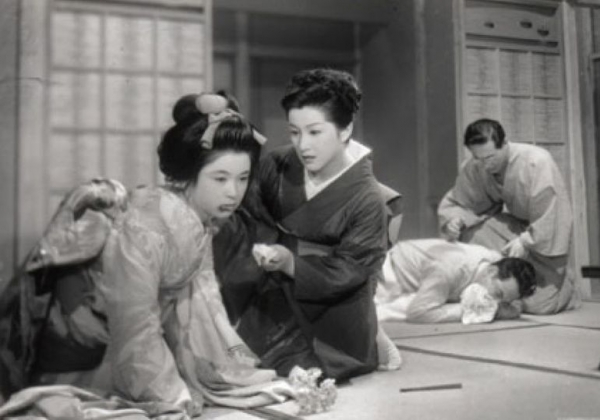 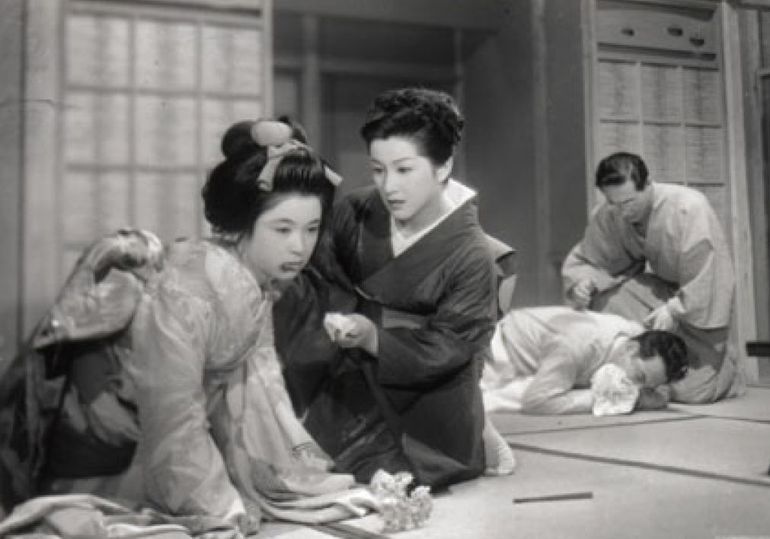 The story centers around two sisters, who are geisha, living in a lodging house (okiya) of their own in the licensed pleasure district of Gion, Kyoto. The two women have very different outlooks on relationships with men. Umekichi, the elder sister, is the ideal geisha; she grew up going to dance and music lessons, wears kimono, and has a strong sense of giri, or loyalty, to her patron. Umekichi’s younger sister, Omocha, was educated in public schools and wears western clothing, except when she is working as a geisha. Unlike Umekichi, Omocha doesn’t trust men and believes that they will only use geisha and then abandon them without a care. Thus, she uses men to her own advantage. In doing so she is willing to manipulate and lie to her customers.

Considered by Japanese critics as best movie of the year 1936, the famous movie by Mizoguchi was thought« decadent » by governmental censorship back at the time. The topic seems hyper realistic with a very modern approach, and a lot of withhold violence. Mizoguchi consders less tthe geisha and the prostitution rather than the woman's (financial) condition back at the time. Mizoguchi liked very much his movie, he said it helped him to understand human realities. He did a companion piece, Osaka Elegy, several years later.

More in this category: « Afghanistan: An Impossible state? My Sassy Girl »
back to top