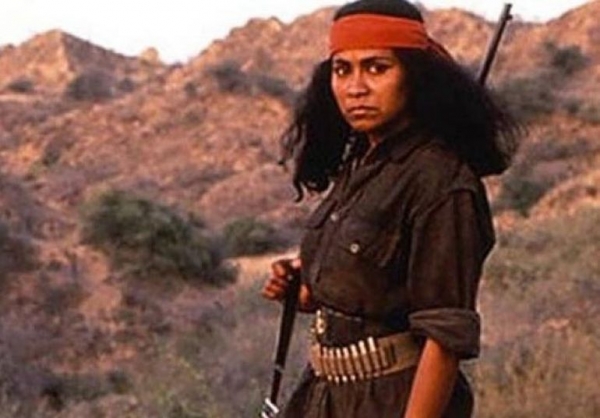 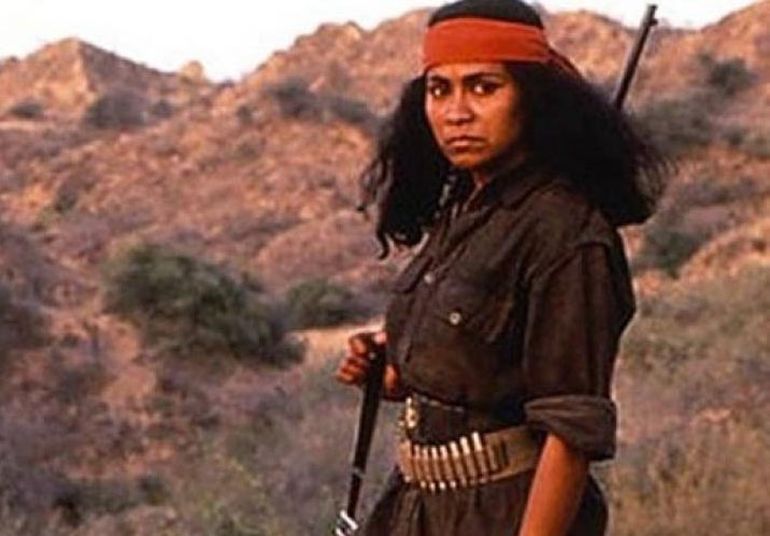 On the 12th of January 1983, India’s most famous and most feared outlaw surrended to the police. This outlaw stood accused of many counts of murder and kidnapping including the killing of 30 men in one raid, a massacre that become infamous as the Behmai Massacre. A massacre that brought down an entire government. This outlaw was a woman. Her name was Phoolan Devi, The Goddess of Flowers, India’s Bandit Queen. In the 5 years that Phoolan Devi ruled the ravines that surround the river Chambal, nobody knew what she looked like. What made this rather diminutive girl into the legend that she is today? Based on the dictated prison diaries of Phoolan Devi herself the film tries, for the first time, to discover the truth.

Bandit Queen, is at the very opposite of such raffined cinema as S. Ray's; it is more similar to Sam Peckinpah's cruel and violent westerns, on par with epic characters such as Jesse James, Robin Hood or other beloved gangsters. The movie denounces India's castes and traditions with a quite unusual violence, added to a reprezentation of violence and nudity quite the opposite to the usual images from the country. But is is most overall a gripping portrayal of a woman with an incredible destiny, energetic and without any taboos..

More in this category: « I Live in Fear Manila Skies »
back to top