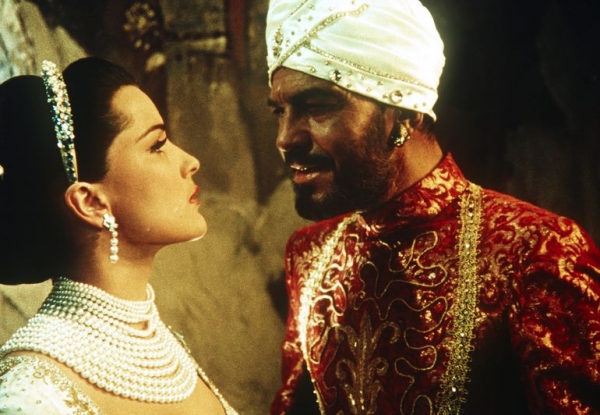 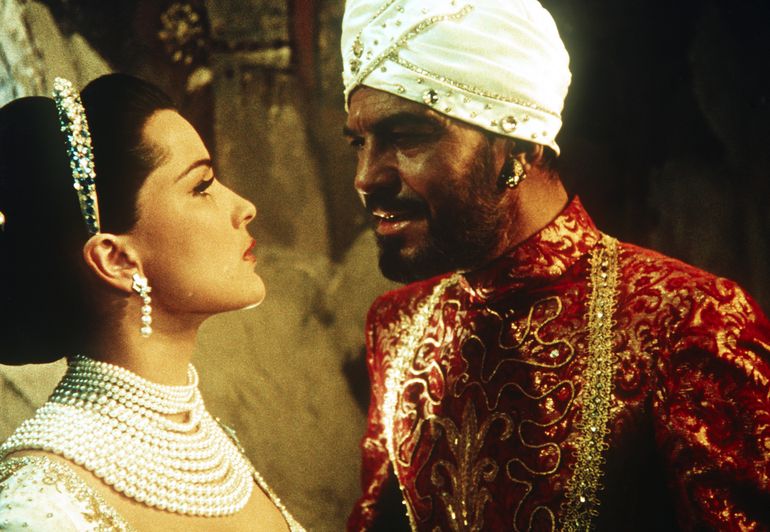 The tale begins when architect Harold Berger arrives in India and travels to the kingdom of Maharaja Chandra, for whom he will build schools and hospitals. Berger travels with a temple dancer named Seetha, who has also been invited by the Maharajah, and saves her from a tiger. Seetha, whose father was European, has inadvertently caused the Maharajah to become infatuated with her, but she and the architect begin to fall in love.

Predictably, this leads to tension between Chandra and Berger, exacerbated by scheming courtiers who believe that the Maharajah's potential marriage to the dancer could become a pretext for toppling him...

After 26 years of exile, Fritz Lang returns to Germany to direct The Tiger of Eschnapur and The Indian Tomb, a new version of a script written in 1921 and shot by another director back at the time. The movie, made entirely in German studios, will certainly make you smile by its soapy plot supposed to take place in India and its glittery art settings.

More in this category: « Sex and philosophy The Story of Qiu Ju »
back to top