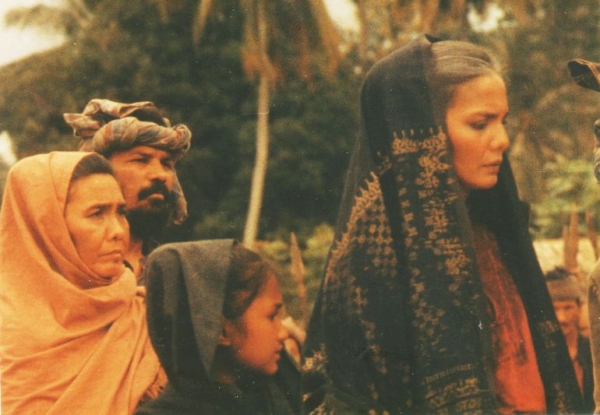 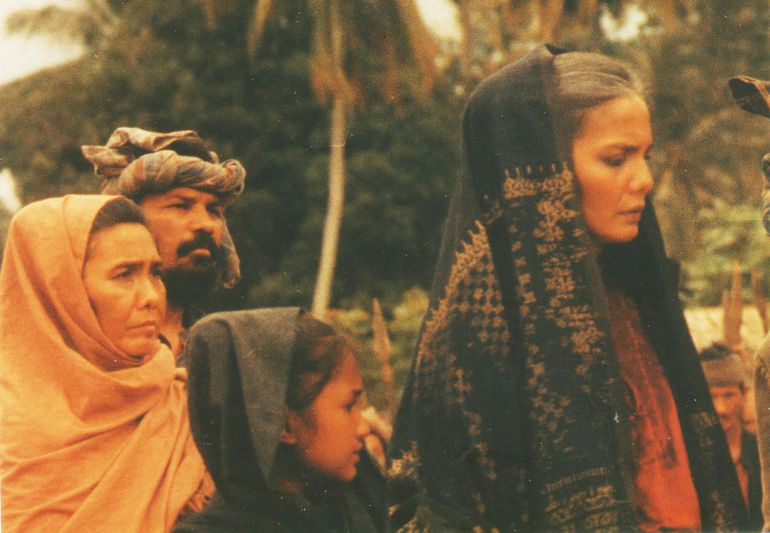 Tjoet Nja' Dhien is based on the life of Cut Nyak Dhien, an Acehnese strategist, political mentor, and freedom fighter.

Born to an aristocratic family in Aceh Besar in 1848, Dhien married Teuku Cek Ibrahim Lamnga at a young age. After her father and husband died in separate attempts to repel the Royal Netherlands East Indies Army during the Second Aceh Expedition, Dhien swore revenge against the Dutch colonials. Dhien started leading troops in the war against the Dutch, eventually uniting her forces with Teuku Umar's. They married in 1880 and she became his chief strategist and political mentor, eventually taking control of the united forces after his death in 1899.

The continued fighting took a toll on her health, as she slowly became more fragile. Due to her deteriorating health, Pang Laot, one of troops, secretly approached the Dutch and offered to surrender Dhien to them on the condition that she be treated fairly. The Dutch stated their agreement, and Dhien was captured on 4 November 1905 in Meulaboh, western Aceh. Imprisoned in Banda Aceh then exiled to Sumedang, West Java, Dhien died in 1908. Since her death she has become one of the most prominent fighters from the Aceh War, being declared a National Hero in 1964.

« I directed this movie to join the songs of all desinherited people in this world. Anybody who would listen carefully to this song would agree that any man, any society, any nation in this world should be able to live free in a free world ». Eros Djarot

More in this category: « Empire of passion Taiwanese Puppets »
back to top