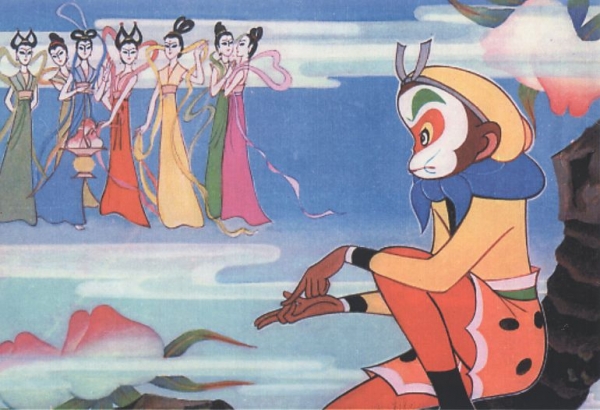 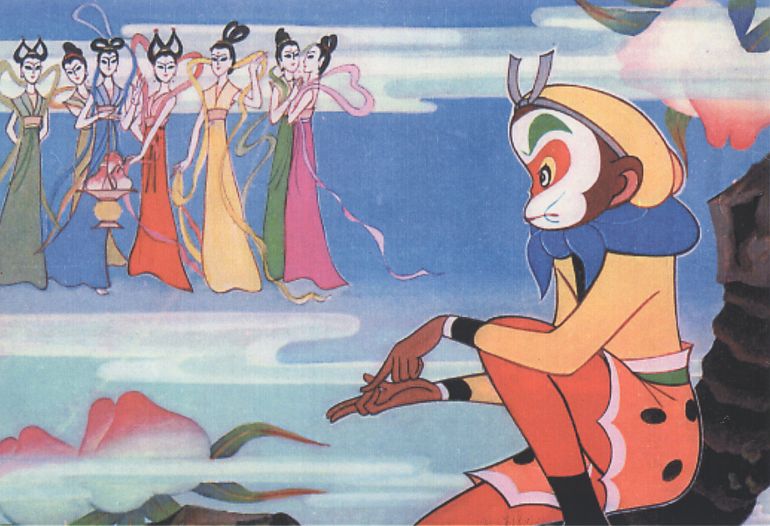 After a brief prologue showing Sun Wukong being born out of a rock, the first act begins on the Flower and Fruit Mountain with Wukong watching a military parade by his subjects. Delighted with their martial prowess, he decides to put on a display himself but accidentally breaks his royal sword.

Annoyed at being unable to find a suitable weapon for himself, Wukong follows an old monkey's suggestion to visit the Dragon King of the Eastern Sea for a possible weapon. Wukong then dives into the sea and travels to the Dragon King’s palace where he asks for a neighborly gift of a weapon. The Dragon King, amused by the arrogance, orders his soldiers to bring progressively heavier weapons, but Wukong dismisses them all as being too light and flimsy. The Dragon King then takes him to a great pillar which was used by the gods to pin down the sea during the great floods. The pillar is in fact the As-you-will Cudgel, a magical staff weighing eight tons that can change size and Sun Wukong happily takes the weapon.

The Dragon King, not expecting Wukong to actually be able to take the great treasure, demands it back, but Wukong rebukes him, saying that the king should not have offered it if he did not want it taken, then returns to his kingdom. The Dragon King goes to Heaven and petitions the Celestial Emperor for the return of the pillar and to punish Wukong. General Li quickly offers to send an army, but the God of the North Star suggests that Wukong be given a minor post in Heaven so that he can be kept under close supervision instead. The Emperor agrees to the plan.

First part of Monkey King has been released back in 1961, the second part in 1965. Cesnored during Cultural Revolution, the movie is being released again end of the 1970s. During her trial, Mrs. Mao  stated she was descendant of the Monkey King.

More in this category: « The Orphan of Anyang Family's Secret »
back to top