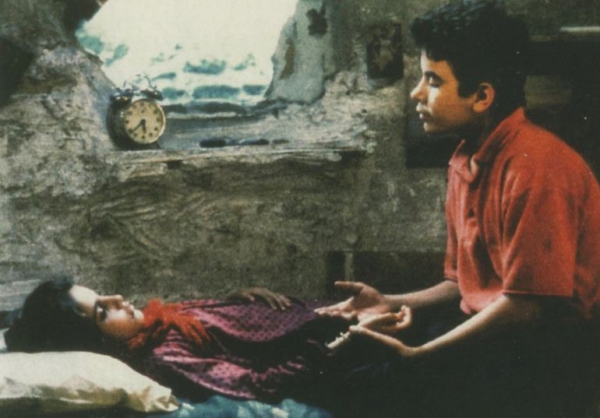 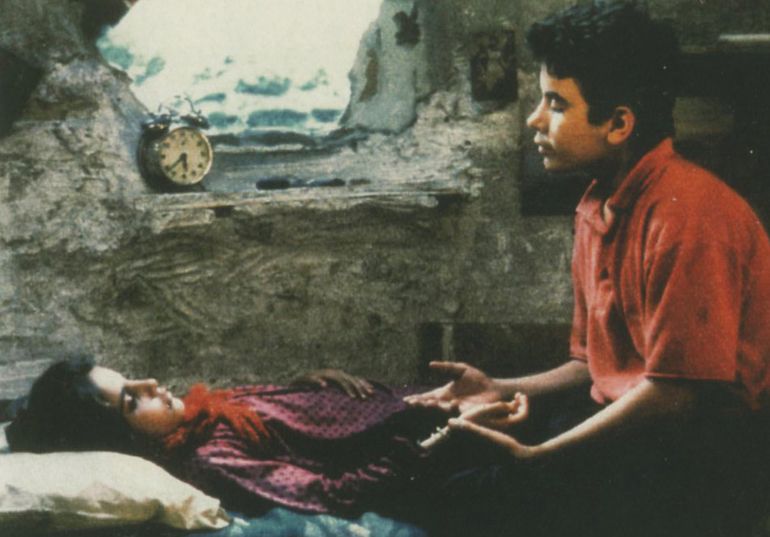 A group of poor village men live in an unfinished building while they try to scrape together money to send home. Their cooking is done by young Shuan (Hossein Saki) , a morose teenager who seems to work 24 hours a day.

His life changes when his father arrives from the village with his little sister Balut (Zeinab Barbandi), who appears barely conscious. Film records their pilgrimages to doctors and hospitals, seeking a cure for the girl while their meager resources dwindle. When modern medicine fails, Shuan prays for a miracle. He buys a calf, has it slaughtered and distributes parcels of meat to everyone, apparently following indications in the Koran. A miracle occurs.

Abolfazl Jalili, which directed many documentaries and short features for Iranian TV, has also made over 15 long features. Many of them were censored. Det means Girls is still being censored, which is not surprising considering its very realistic and documentaristic approach. The destiny of the girl, which cannot be saved, not even by religion might be a metaphor of Iran itself.

In this beautifully cold movie, the metaphor might seem enough to annoy authorities.

More in this category: « A Tale of Two sisters Kim's War »
back to top