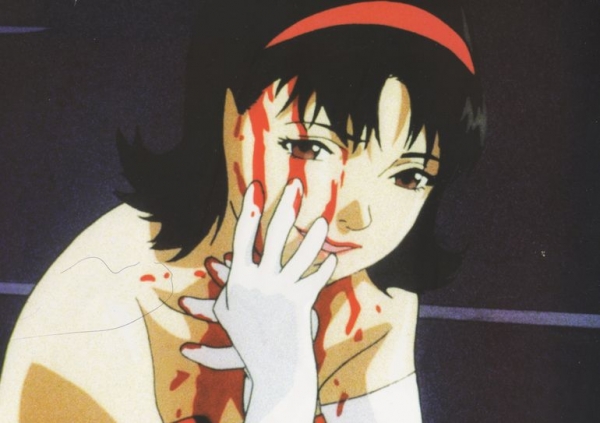 Script: S. Murai after a novel by Yoshikazu Takeuchi

Mima, chanteuse très populaire, décide de quitter la scène pour devenir actrice. Elle quitte son groupe « les Cham » sans le moindre regret. Son premier rôle, elle le joue dans une série télé et provoque la Mima Kirigoe, a pop-idol from the J-pop group "CHAM!", decides to leave the group to become an actress. Her first project is a direct-to-video drama series called "Double Bind". Some of her fans are upset by her change in career and persona, not least the stalker known as "Me-Mania" a frightening looking man whose real name is revealed to be Uchida. Shortly after leaving CHAM!, Mima receives an anonymous fax calling her a traitor. Mima finds a website called "Mima's Room" that has public diary entries which seem to be written by her discussing her life in great detail. She confides in her manager Rumi Hidaka about the site. However, she is advised to just ignore it.

Perfect Blue is a Jaapanese animation movie for adults, based upon a novel by Yoshikazu Takeuchi. It is a mix between a classic film noir and modern thriller. It is a very real portrayal of Japanese society. There is a phenomenom of « Otakus » like the character of Ushida (mimaniac) ; those autists give up social life to live their real passions.

Idols are a typcail Japanese pheomenom for past twenty years: those stars on small screen are highky popluar and help selling massively any kind of products. Perfct Blue is considered a masterpiece of recent animation movies and should please all kind of audiences.

More in this category: « Manila - In the claws of the Neon August without him »
back to top