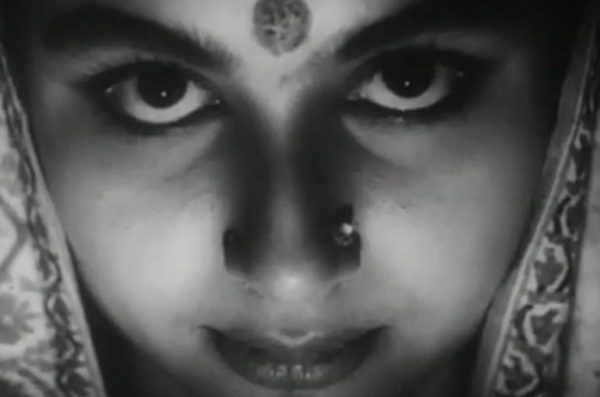 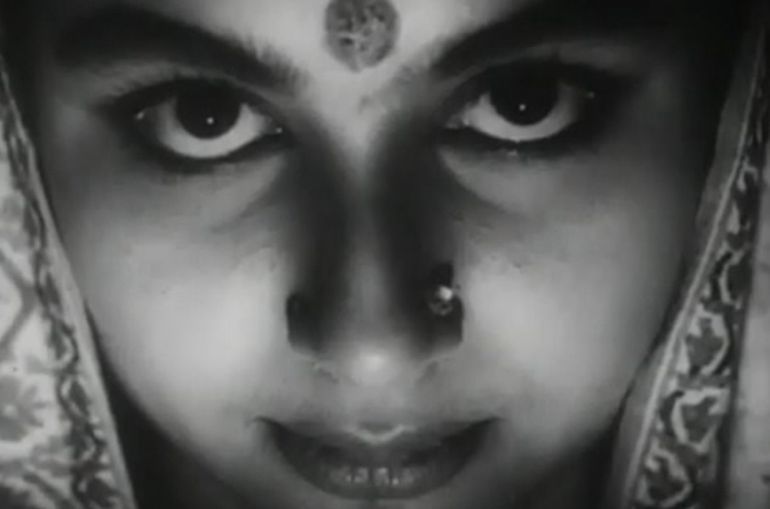 In 19th century rural Bengal, Dayamoyee and her husband Umaprasad live with Umaprasad's family. His father, Kalikinkar Choudhuri, is a devoted follower of the goddess Kali. Since Umaprasad is away at school, Dayamoyee takes care of her father-in-law. One evening, Kalikinkar has a dream that Dayamoyee is an avatar of Kali and must be worshipped as such. Soon other people also come to believe that she is an incarnation of the goddess. After hearing the news, Umaprasad returns home but is unable to remedy the situation as Dayamoyee herself begins to believe that she is an avatar, a belief which soon turns to tragedy.

Dayamoyee (the Merciful), nor woman, nor Goddess is an adorable character; by losing her life, she becomes the woman again she no longer was.

When Devi was released in 1960, critics denounced the movie as an attack on Hinduism. One can see the eternal fight between peut y voir l'éternel combat entre obscurantism and enlightment, betwwen faith and rationalism.

Sharmila Tagore, who plays the character of the goddess, was the granddaughter of poet Rabindranath Tagore. It was the second feature she shot with S.Ray, and one of her most beautiful parts on silver screen ever.

More in this category: « Omar Man without a Cell phone »
back to top