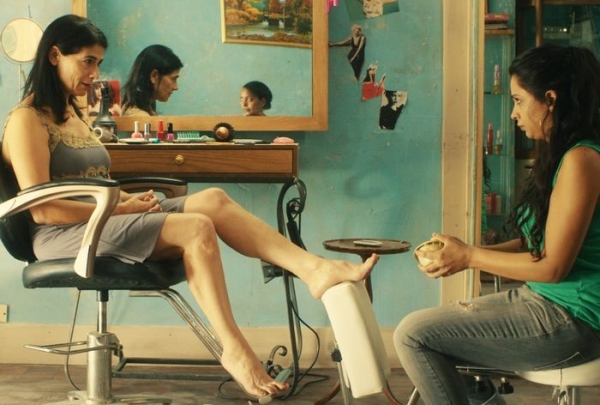 A Mafia family has stolen the lion from the Gaza zoo and the Hamas decides to see to them ! Trapped by the armed confrontation, thirteen women find themselves stuck in Christine’s small hair salon. This place of relaxation becomes highly charged for the space of an afternoon and is about to witness the confrontation of surprising, flamboyant characters, of all ages and from all social classes.

“‘Dégradé’ is inspired by our daily life in Gaza, and particularly the absurd difficulties we are confronted with from day to day. We wished to tell a story about what life can be like in a context which is as irrational and prohibitive as ours. We use black, offbeat humour so as to better put across the situation in which the Gaza people find themselves : confinement. Through the eyes of these women, Dégradé strives to draw the portrait of the whole of society, by exploring more particularly the notions of time, space and identity.” Tarzan et Arab Nasser.

More in this category: « Insyriated Azur & Asmar: The Princes' Quest »
back to top