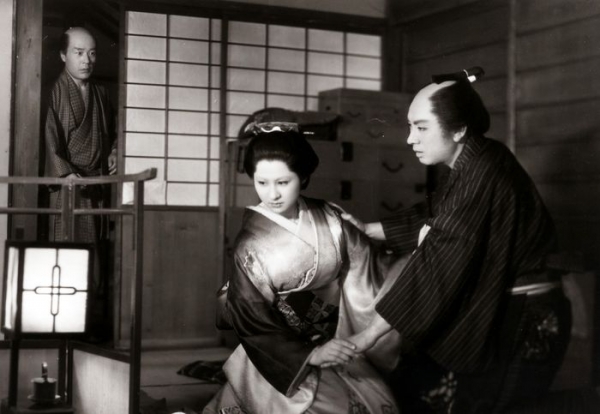 Japan, 1684. Osan is married to Ishun, a 30 years-older wealthy miserly scroll-maker. When she is falsely accused of having an affair with her husband’s best worker, Osan flees the city with Mohei. They escape first to Osaka then to the mountains around Lake Biwa, traveling first as lady and servant and later as lovers. Ishun orders his men to find them, and separate them to avoid public humiliation.

The Crucified Lovers was adapted from Chikamatsu Monzaemon's 1715 puppet play The Almanac-Maker’s Tale, which can be considered the Japanese Romeo and Juliet of crossed lover stories.

More in this category: « Working Woman Aga »
back to top