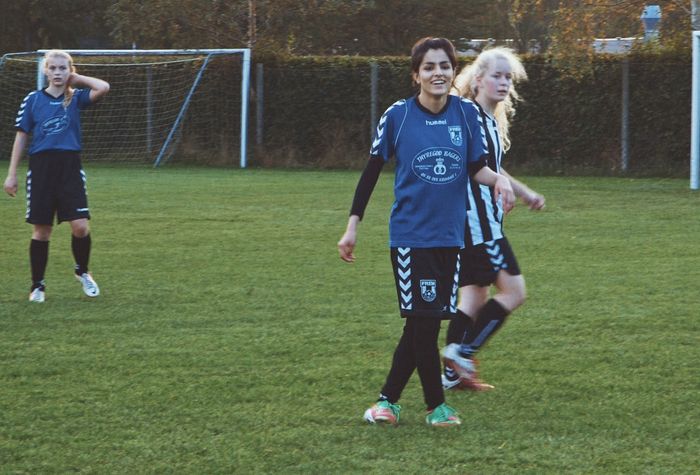 Fourteen-year-old Rokhsar Sediqi lives with her mother, father, and five siblings in Give, in the Danish countryside. She enjoys playing in the girls local football team. Four years ago, Rokhsar and her family ran away from Afghanistan. After six months illegally spent at boards through Europe, they finally ended in Denmark where they sought for political asylum. However, the Danish immigration service, wondering if they are really persecuted by the Taliban in Afghanistan, refused several times to grant them a family asylum. Rokhsar is the only one fluently speaking Danish, she is the one who mainly looks after her family. Despite her young age, she is in charge of communicating with the Red Cross, the Danish immigration service, lawyers, groups of interest etc...

She is the only one to open, translate and explain the letters sent by the authorities. She often keeps bits of information to protect them. She hardly finds time and energy to meet her friends, do her school work or hobbies. In other words, she is compelled to grow up too fast..

More in this category: « Bagage Ghosts of Bamiyan »
back to top