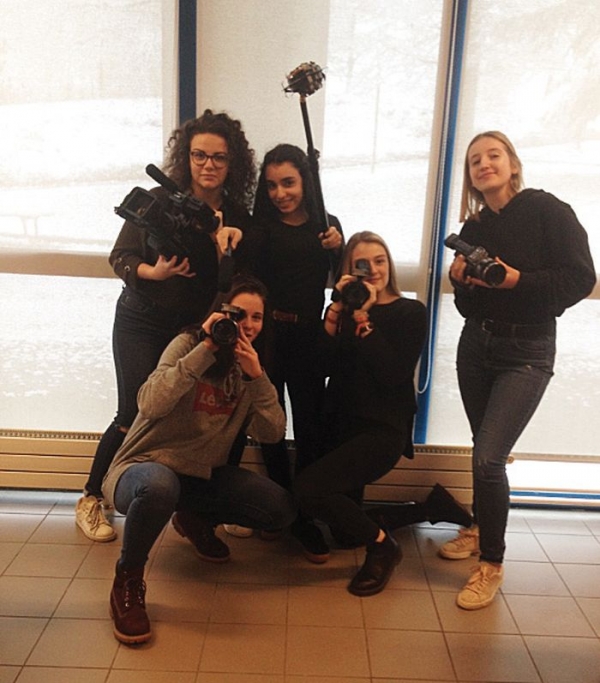 VIFFAC, the Vesoul International Film Festival of Asian Cinemas, and the Lumière festival of Lumière secondary school of Luxeuil-les- Bains were born in the same year, twenty-four years ago. To celebrate this shared love for cinema, a tight partnership was tied between the two events. A documentary was shot about FICA's tribute to Japanese cinema in 2017 in the section deliciously entitled 'Oishii! Japanese Culinary Arts Movies', enabling us to keep a record of the event.Marie-Amélie Chrétien, Marie Domenech, Léopoldine Ninnoli, Hind Nounouh, and Mathilde Tuaillon (all fifth year pupils with option Cinema-audiovisual) discovered and explored films from the country of the rising sun by joining FICA with their cameras and mikes. 'Secondary School Students Looking at Japanese Cinema' is the result of a collective documentary written, shot and projected with the help of Cécile Marchocki, their cinema-audiovisual teacher. Making us relive the 2017 festival's atmosphere, the five secondary school pupils express their view on Japanese cinema, from the first shots made by Lumière cameraman François-Constant Girel in 1897 to contemporary films shown at Vesoul.

More in this category: « Waves of Transition Yes, FICANNES, 10 years already! »
back to top