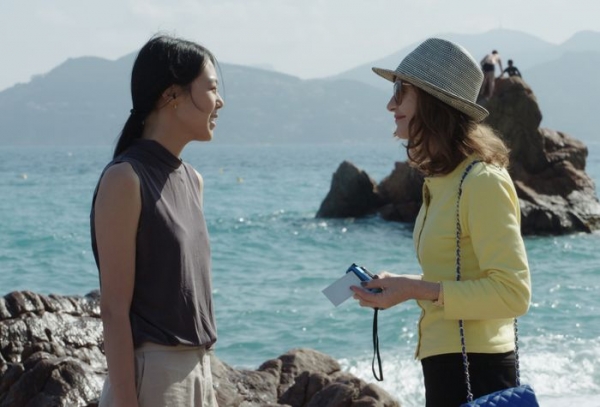 Shun-ji is a Chinese young woman from Korea who brings up her Manhee is an international sales agent for cinema. While she attends Cannes festival, her boss Yanghye, whom she worked for during five years, accuses her to be dishonest and fires her. Claire, a music teacher, wanders the streets of Cannes and takes Polaroid photos. She meets Manhee, gets along with her, and takes photos of her. Manhee invites her to a Korean restaurant. Korean director So Wansoo's film is selected by the festival. He has been sharing Yanghye's life for quite some time but he fell in love with her employee Manhee.
"All these characters are mixed in Claire's Camera. She is the crucial element of this film that looks like a puzzle of photos expressing infinite possibilities...
Let's imagine that, by surprise, this puzzle would reorganize its pieces thus making new associations, and that each time this puzzle gives a new crucial vision of life... One should therefore see the value of the film not in its version as it is, but in the very movement given by this perpetual change. This is where this puzzle film depicting life in an infinite way is so powerful.
Published in Movies
Tagged under

More in this category: « Bashing Frozen »
back to top