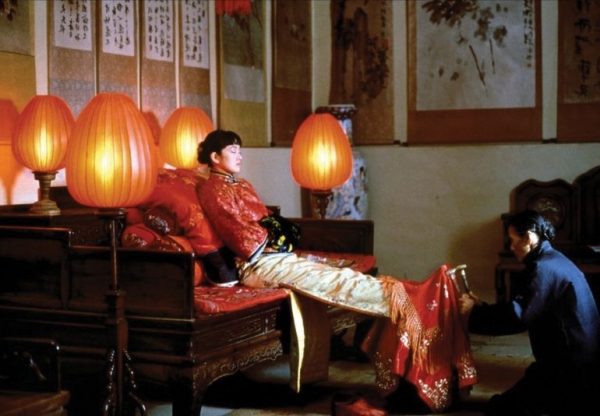 In China in the twenties, nineteen-year-old student Songlian becomes the fourth wife of Master Chen Zuoqian, a rich man in his fifties. According to tradition, as for the other three wives she will wait in a pavilion of the gorgeous house, until the master chooses the wife he decides to honor for the night. A red lantern is then lit at the door of the fortunate wife. In this closed world where wives are jealous of each other, Songlian feels she is sinking into void and madness…
Four seasons, four parts of a film whose unchanging frames and static shots make the weight of secular traditions even more present in a China apparently immobile since the Middle Ages. The women humiliated by their ‘master’ do not rebel but struggle to keep the position of ‘favorite’.
In the self-contained world of a Chinese rich family’s house, the four wives only use the power of speech to fight their rivals..
Published in Movies
Tagged under

More in this category: « Honeygiver among the dogs New Year »
back to top