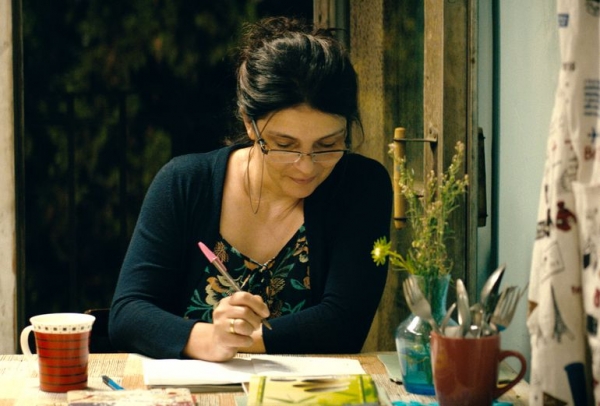 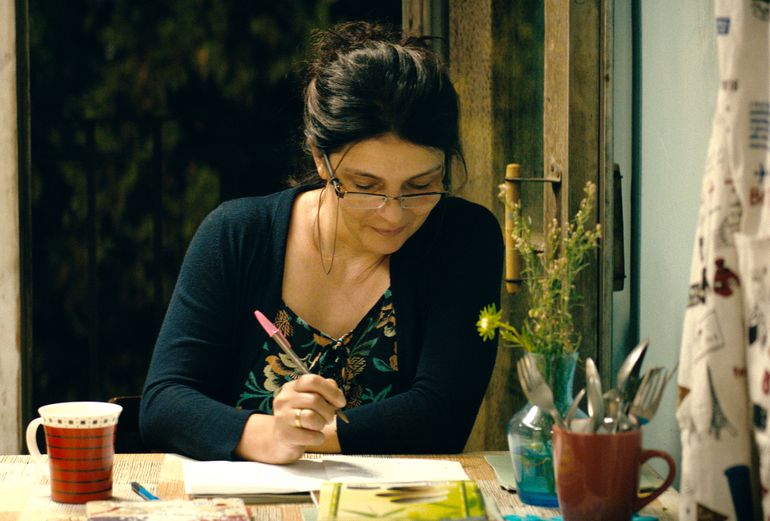 Manana works as teacher in a college in Tbilisi. She married Soso 25 years ago; they share their flat with Manana’s parents, their 2 children and their son-in-law. It is a family apparently happy and united, until Manana creates a stir by announcing she intends to leave the marital home and live on her own. She follows her own conscience, not having to account for her actions to anyone.

“In a patriarchal society like Georgia, it is usually believed that women cannot cope without men, that they would be less respected, less protected and more insecure without them…Women’s position in Georgia may also come under the cultural heritage of the country, with its traditions from the past. Indeed one needs a lot of strength and courage to distance oneself from one’s family, in order to live independently according to one’s own values. This is why Manana has waited for more than twenty-five years before becoming independent. Her gesture has serious consequences for her and her relatives: a real distance takes place between her and her family, as well as between her husband and her.” Nana Ekvtimishvili and Simon Groβ.

More in this category: « Warm Ashes Soongava : Dance of the Orchids »
back to top