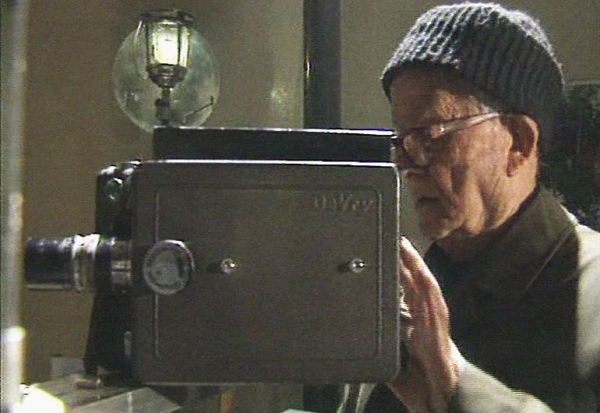 Until the eve of his death in 1995, eighty-year-old Nazih Chahbandar spends his days in his lab, between his projector and lenses to fulfil his dream : make 3D films and project them.

His labs for developing, processing and for sound coexist today with the forge his children put in the space earlier used as the set for Shahbandar’s first talkie Lights and Shadow. He is aware his children are waiting for his death to throw away whatever remains from the lab, studio and screening room and turn all into a forge.

More in this category: « The Night Traces of an existence »
back to top