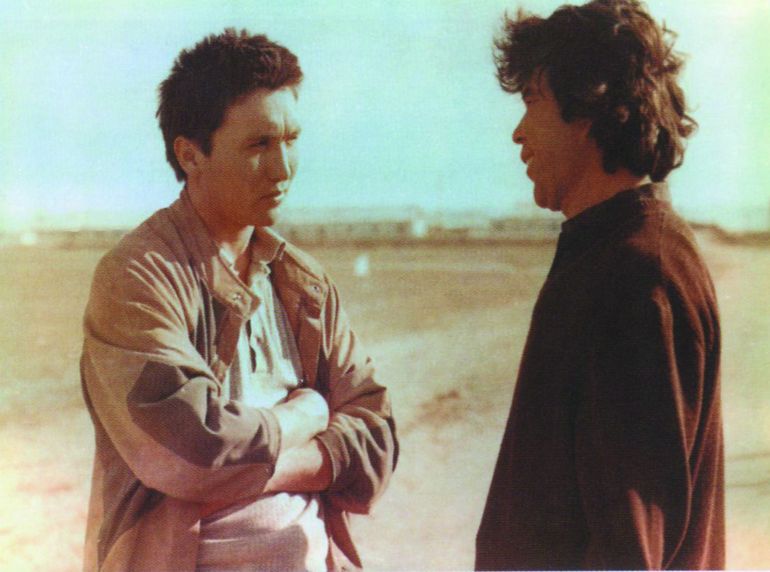 After completing his national service, Erken comes back to his village. However, his return does not turn out to be as simple as he thought. He meets all his friends who did not change, and his fiancée now married to another man. He feels suffocating among all these people who are dear to him, and becomes aware of everybody’s meanness, not feeling at home in his native village any more.

"The aesthetics device asserted in "Last Stop" is faith in real: real people from the street instead of actors, real nature instead of studio sets. In Aprymov’s films there is no political position pushing the audience to agree with such or such ideology. It is a free cinema revealing the filmmaker’s insight and reflecting the social and historical reality around us." T. Smailova

More in this category: « Like Someone in Love Floating Clouds »
back to top