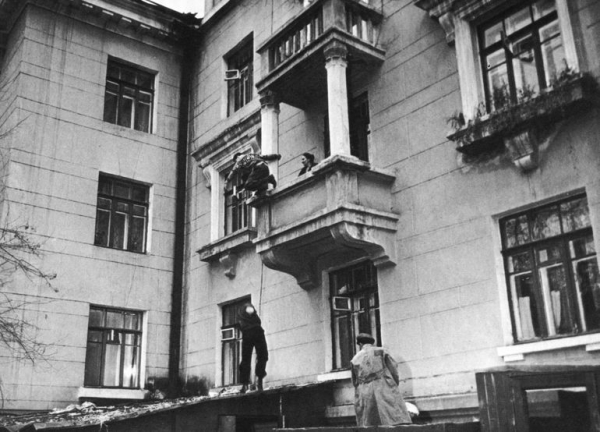 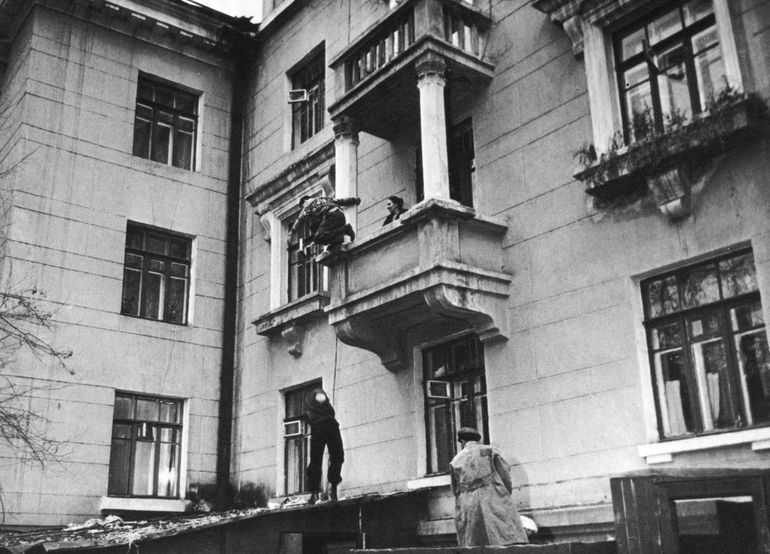 During an operation, a surgeon notices number 20 tattooed on his patient’s hand. He then recognizes his childhood neighbour and recalls their life in Almaty during the fifties when they stayed at number 20 of the same building. They grew up together at the end of Stalinism among adults full of contradictions, brave and coward at the same time. He dreams of the balcony which used to be their shelter.

This film, whose scenario was written by famous Kazakh poet and writer Oljas Suleimenov, is the pioneer film of the Kazakh New Wave. The film appeals in its freedom of language to portray the destiny of a whole generation - those who were children in the fifties - but also in its incised evocation of the generation Salykov belongs to also chasing after its dream.

The Balcony became an essential film for several generations of Kazakh film-makers, as well as an inspiration both on the level of form and content.

More in this category: « The Gate of hell Rashômon »
back to top