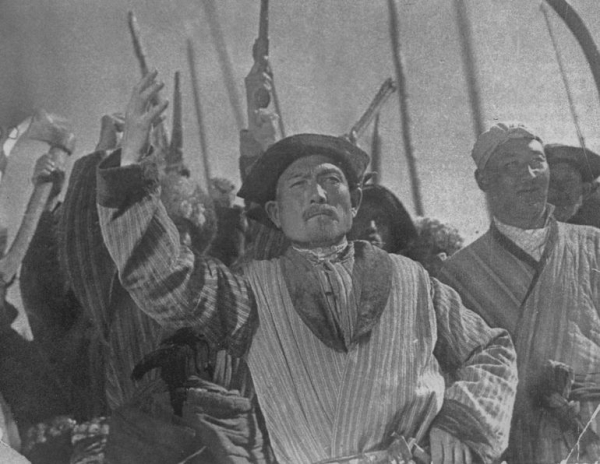 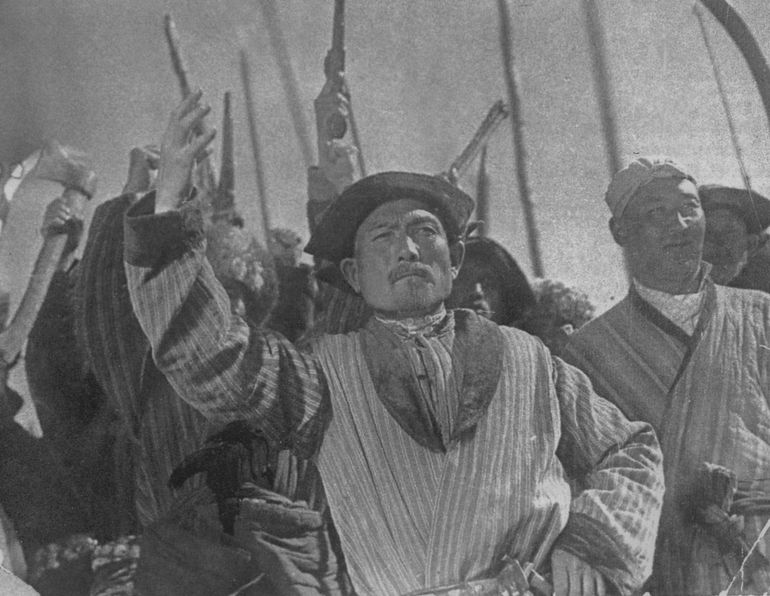 In 1916 a new Russian governor comes to the Kazak steppes where several tribes converge. Among them, Amangueldy Imanov, an idealist Kazak leader, stands out. Disgusted by the way his comrades are treated, he tries for solutions to this unbearable situation and finds them in Lenin’s thoughts. Amangueldy leads the revolt against the despotic landowners and forms an alliance with the Bolsheviks against the Kazak clans subjected to the Tsar.

In Soviet Union this film was considered as the beginning of cinematic art in Kazakhstan. To be more specific, one should say today that it was the beginning of Kazak drama in cinema. The film was commissioned by Moscow, produced by central studio Lenfilm and directed by Leningrad based film-maker Moisei Levin, but it is the first film based on a Kazak scenario.

Baimbet Mailin, one of the scriptwriters, will be among the victims of the 1937 repression and will be shot.

More in this category: « River Without Buoys Grandmother »
back to top