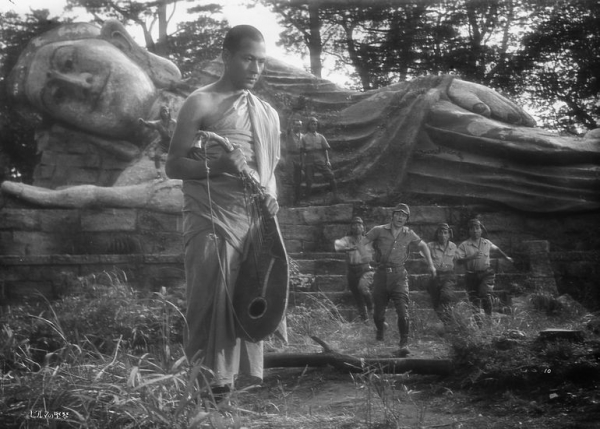 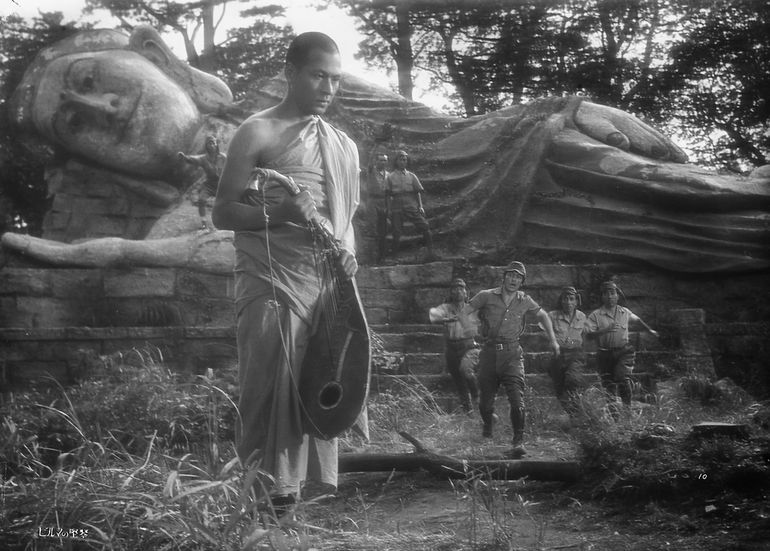 A regiment from the Japanese imperial army is put to rout in the middle of the Burmese jungle a few days after the end of Second World War. Among the soldiers, harp player Mizushima cheers up the men and guides them with his instrument. While the regiment stops in a village, the men are surrounded by the British troops. To avoid a massacre, Captain Inoue orders his men to sing to inform the troops of their pacifism. The Japanese soldiers hence can surrender without violence. Mizushima is then given the responsibility to convince a resistance group hiding in the mountains to surrender to the British. The operation fails and the harp player is left for dead. Several days later, while his companions are concerned by Mizushima’s fate, they pass a Burmese monk strangely looking like him…

This is a pacifist deeply moving story by one of the masters of Japanese Cinema.

More in this category: « Manila Skies After Life »
back to top