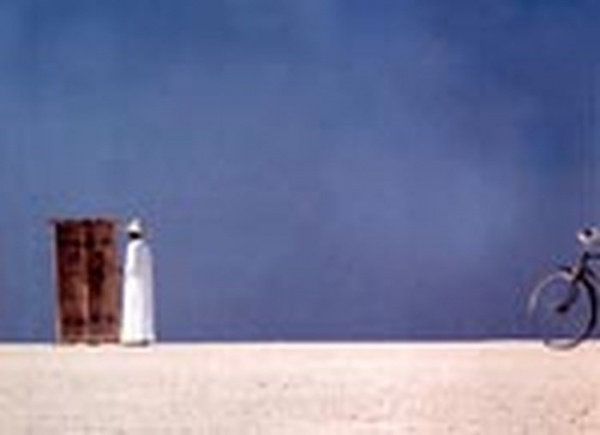 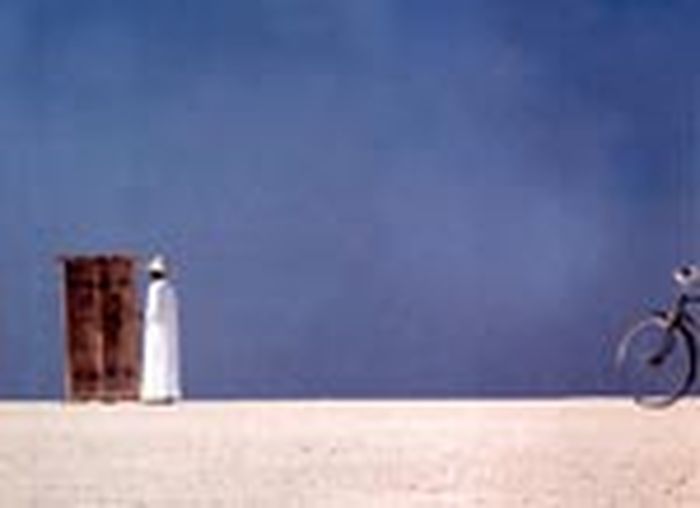 Three film-makers and an island in the middle of the Persian Gulf.

The Greek Boat by Nasser Taghvai
the sea has brought back boxes which strangely disturb a shop keeper's wife working on the island's shore.

The Ring by Abolfazl Jalili
A provincial young man, whose family cannot finance his studies, illegally comes on the island to find a job.

The Door by Mohsen Makhmalbaf
A man who owns nothing but the door of his house, wanders on the arid land of the island. His daughter follows him; she is veiled and keeps a goat on a lead. The post-man comes on his bicycle; he has a letter for him. The old man puts down the door, opens it and takes the letter. When he realises it is a love letter for his daughter, he tears if off. He closes the door and puts it back on his shoulders...

More in this category: « Xiao Wu Little Red Flowers »
back to top