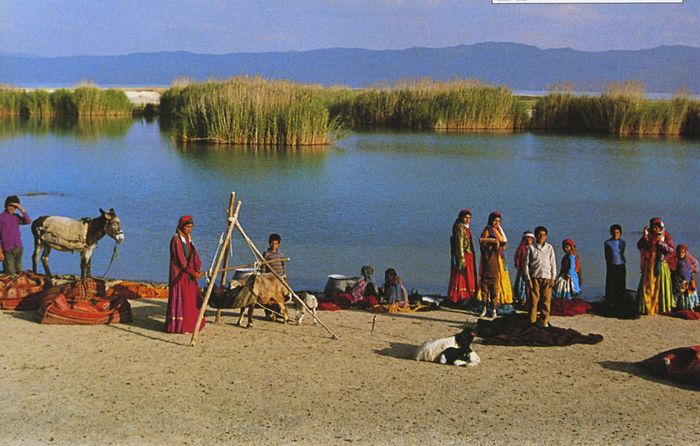 In southern Iran, nomadic tribes, who are gradually disappearing, are famous for their woven gabbeh…

A gabbeh is a genuine form of a Persian carpet where the very inventive patterns are inspired by the life of the tribes, their landscapes, their love stories…

On the river bank, an old woman is washing a gabbeh and seems to talk with the extraordinary carpet. From its patterns, the image of a young woman named Gabbeh appears to tell her love story.

The director initially meant to shoot a documentary. While spending time with the tribe, he made a story and a feature film.

“I feel today that there is a resemblance between a gabbeh and a good Iranian film…Both are simple, tender, close to nature or daily life.”

More in this category: « The Opium War Xiao Wu »
back to top