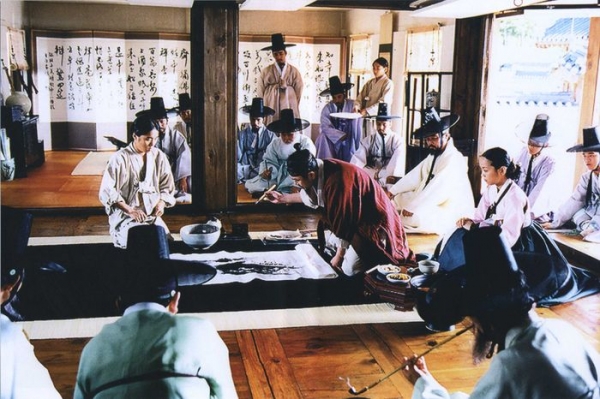 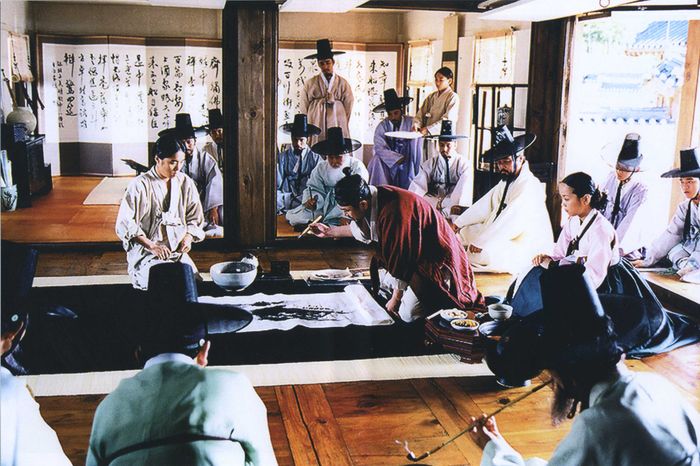 The Chosun dynasty which has been ruling over 500 years is about to be extinguished. During the second half of 19th century, Korea has to face invasions from outside and revolts from inside. Kim Byung- Moon is a scholar dreaming of a different world. One day, he saves Jang Seung-ub, a young beggar aggressed by a group of vagrants. Yang-Seung-ub shows his paintings to Kim who immediately realises his talent. Jang-Seung-ub leaves and they both meet again by chance, five years later. A long friendship starts between the painter and his spiritual mentor. Jang Seung-ub settles in the house of a Chinese noble man owning magnificent ancient paintings. Seung-ub falls in love with his host's young sister, but his low birth prevents him to marry her. He leaves and settles in a country inn, spending most of his time drinking and enjoying women, while he also paints splendid copies of the paintings he saw at Lee Heung-heon's house. He later attends classes with a master from a renowned school. He chooses a new name, Ohwon, and becomes one of the great masters of Korean painting. He can only paint in a full state of freedom, yet he depends on alcohol and women.

More in this category: « The Lin Family Shop Suzhou River »
back to top