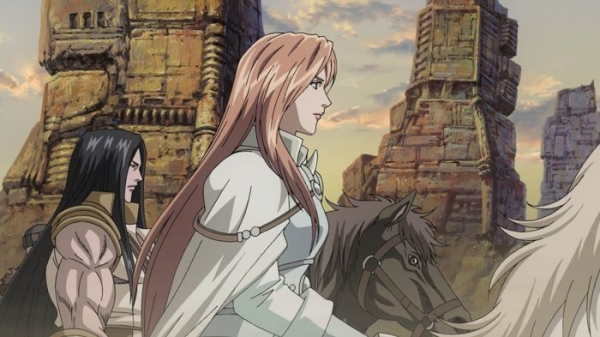 After an atomic war, humanity wanders in a post apocalyptic world entirely ruled by desolation and violence. In these desolated surroundings, powerful warriors with ancestral methods of fighting, confront each other to establish the future of humankind. Kenshiro is the only heir of Hokuto Shinken, an ultimate art of war he uses to serve the oppressed populations. Another tradition prevails, the Nanto School, whose heir Souther, also called the Sacred Emperor, rules by terrorising people. To accomplish his destiny of saviour, Kenshiro must fight Souther, but an even worse enemy hides in the shadow, his own brother Raoh. Even at the cost of innocent people's life, Raoh claims to be Hokuto Shinken's sole heir.

More in this category: « Songs from the Southern Seas The Rickshaw Boy »
back to top