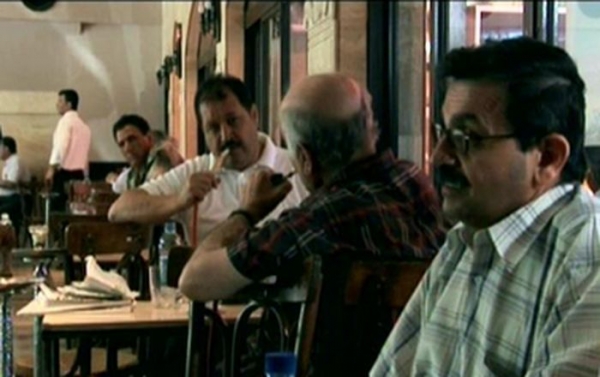 Three educated Iraqis were forced to leave their country under the regime of Saddam Hussein. Mohammed Mazloum ran away from Iraq in the beginning of 1990 to enhance his name. His exile gave him a literary status as he tried to preserve his name in all his writings where he analyses his exile and dives into the historical past of Iraq. Abu Halloub is a very famous pseudonym in the Iraqi political history, as well as all over the world, in America, Asia and Europe. He has been staying in the café Rawdah for 29 years offering his services to Iraqis. Faiz Aliraqi, a poet committed to the Iraqi political issues, was forced to use the pseudonym of Nahid, to hide from the intelligence services of Saddam Hussein. He used Nahid for all his writings.

The film probing into the issues of exile and identity is also a tribute to all exiled people living in the dark.

More in this category: « School on the Move Taiwan 2008, paroles de campagne »
back to top