On the road to Mandalay 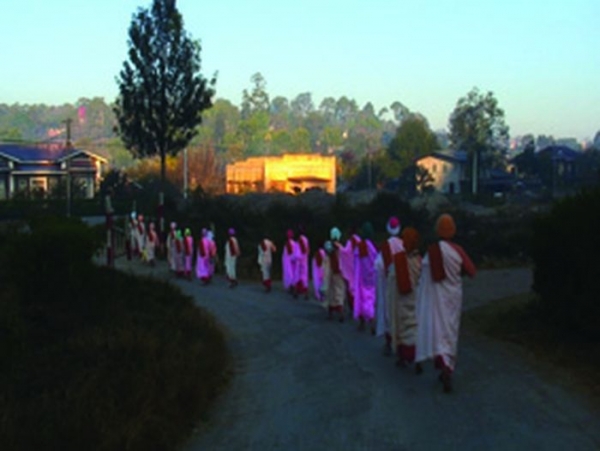 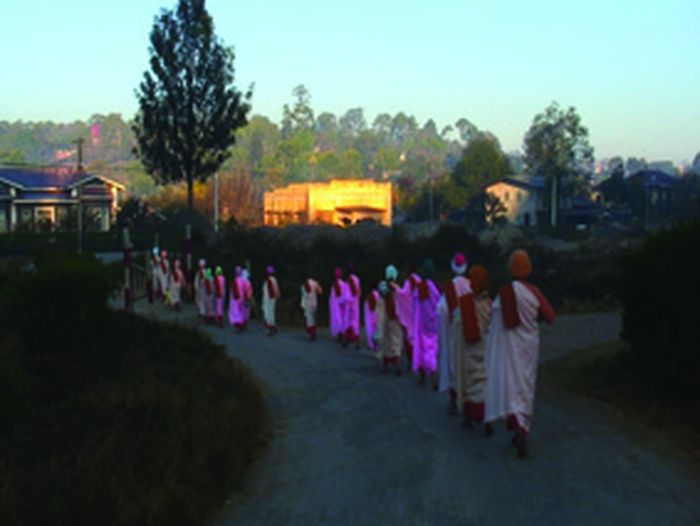 On the Road to Mandalay

The daily life of a Burmese nun brings us from a convent to a peculiar monastic school where pupils and novices obviously do not look like future monks. The film focuses on the observation of the gestures and behaviours of children and adolescents in their daily lives, and on the double question a western tourist may ask: is there any possibility for a happy life other than the Buddhist bonzes in a country which looks like a huge monastery? What do young Burmese dream of?

The film was secretly shot in the area of Pyinmana, the new capital of Myanmar (former Burma) which replaced Rangoon in February 2006, as well as in the area of Mandalay.

More in this category: « Afghanistan: Reconstructing Through Theatre Persian Catwalk »
back to top