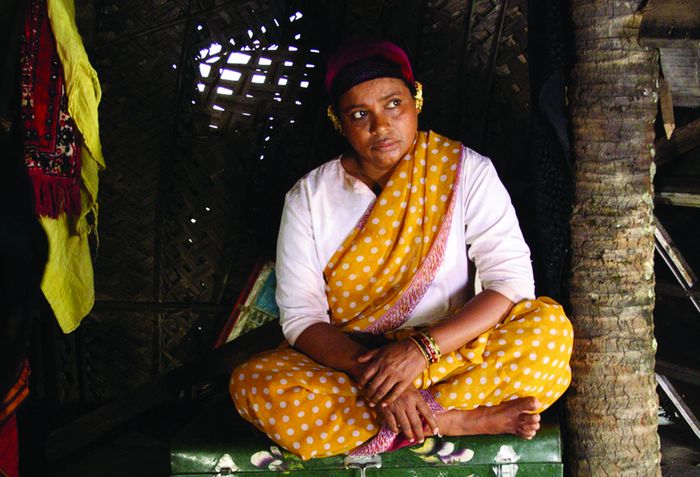 Gulabi, the much-neglected, childless, second wife of Musa the fish merchant, is a skilled midwife, much in demand within her island community. The most important event in her life happens when Gulabi, who is bewitched by the magic of cinema, receives a colour TV set, which brings cinema to her doorstep. The power of the medium is such that it draws together women and children of all ages, castes and communities, forging new bonds and making Gulabi's house into a veritable movie house or 'talkies'. Equally, the TV also bears witness to new tensions, transformations and the eventual breakdown of the community.

Gulabi Talkies traces the impact of the new media on a fishing community in Coastal Karnataka, against the backdrop of globalized business practices and growing communal tensions between Hindus and Muslims, at the turn of the century.

More in this category: « The Mirage The Gift to Staline »
back to top