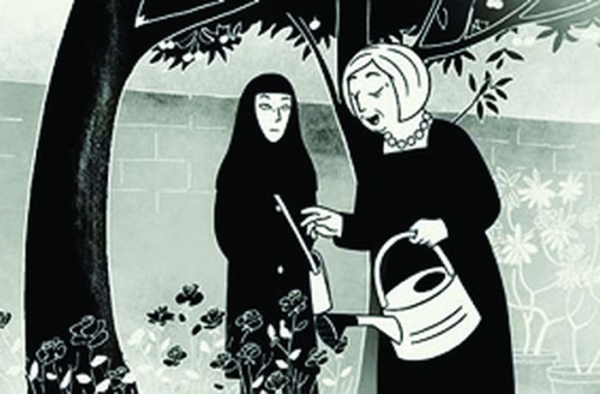 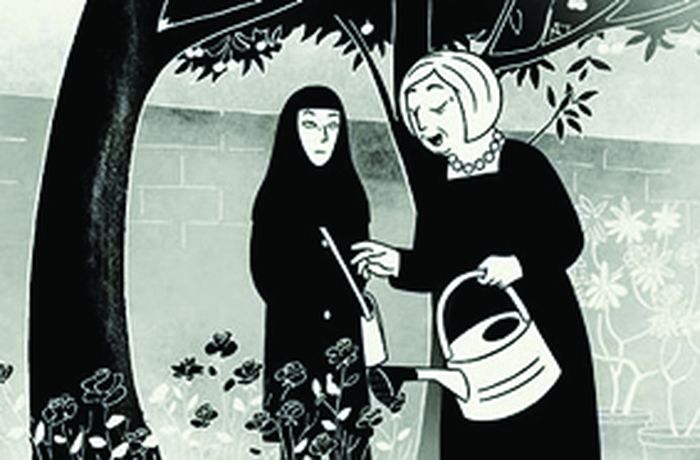 In Teheran in 1978, eight-year-old Marjane imagines her future and dreams of being a prophet saving the world. She is pampered by her modern and educated parents and is particularly close to her grandmother. She elatedly follows the events which will lead to the revolution and the fall of the Shah Regime. The establishment of the Islamic Revolution goes along with the "commissioners of the revolution" who control outfits and behaviours. Marjane who has to wear the veil now dreams of being a revolutionary. The war with Iraq soon brings bombing, privation and loss of close ones. The domestic repression becomes more severe every day. Her free talking and rebel positions become more and more problematic. Her parents then decide to send her in Austria to protect her. Fourteen-year-old Marjane experiences her second revolution in Vienna: adolescence, freedom, love and its intoxicating effects, but also exile, loneliness and difference.

More in this category: « Lebanon in Turmoil Caramel »
back to top