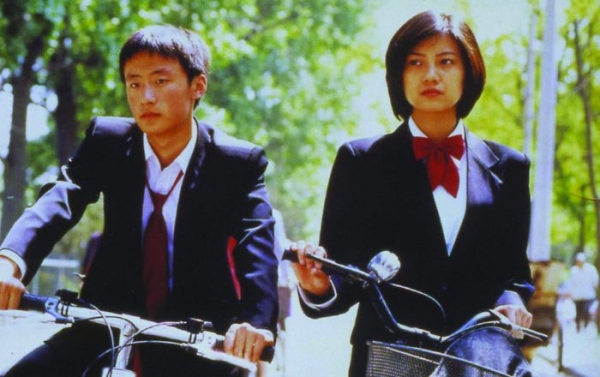 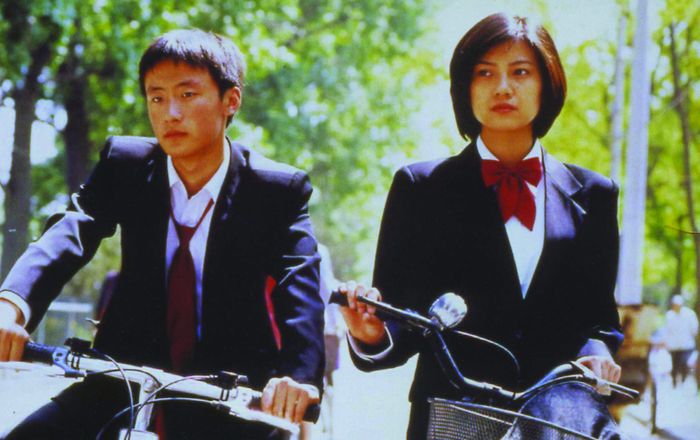 Beijing today. Guei, a sixteen-year-old boy from the country, has found work in a courier company which provides him shower and clothes, and lends him a superb silvery mountain bike. As soon as he earns 600 yuans, the bike becomes his. His desire to have it is not so much motivated by a true need of possession, but rather by the pride he feels with his friends and girl-friend. When he is about to gather this amount, his bike is stolen at the foot of a building while he delivers a parcel. Without bike, no more work. Guei goes all over town in search of this precious two-wheeler. He miraculously identifies it driven by Jian, a student pretending to have bought it at the flea market. Now both will have to share the bike.

This definitely reminds of Vittorio de Sica's film The Bicycle Thief. The stolen bike is a pretext to go all over Beijing, a highly contrasted city with its labyrinth of the hutongs, its narrow streets now disappearing and its large avenues flanked by the modern buildings of a rapidly growing town.

More in this category: « Patema Inverted The Ball of the Triumph of Love »
back to top