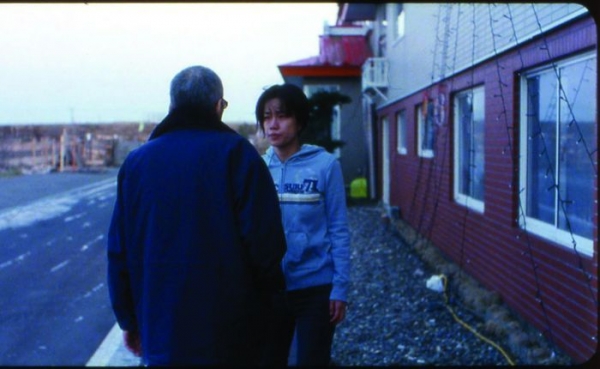 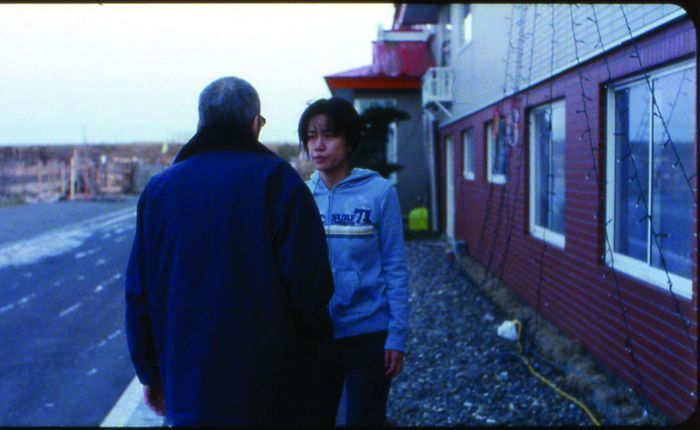 Noriko whose daughter killed a classmate, undergoes cross-examination. Junichi, the father of the young victim, also undergoes cross-examination. One year later, we find them in Hokkaido, a small industrial town. Junichi works in a foundry and lives in a small pension where he daily meets Noriko who is the cook. They never speak to each other. Yet they recognise each other without ever any glance. Both of them tirelessly repeat their daily routine. They have become withdrawn and no longer communicate with people. They share a painful past which they cannot erase. One day, Junichi gives a gift to Noriko. Life is gradually getting back to normal. It is the beginning of an a priori impossible love. It looks like a rebirth.

Masahiro Kobayashi himself plays the part of Junichi, a character haunted by bereavement and pain. Model Makiko Watanabe is Noriko.

More in this category: « Princess Yang Kwei-Fei Harakiri »
back to top