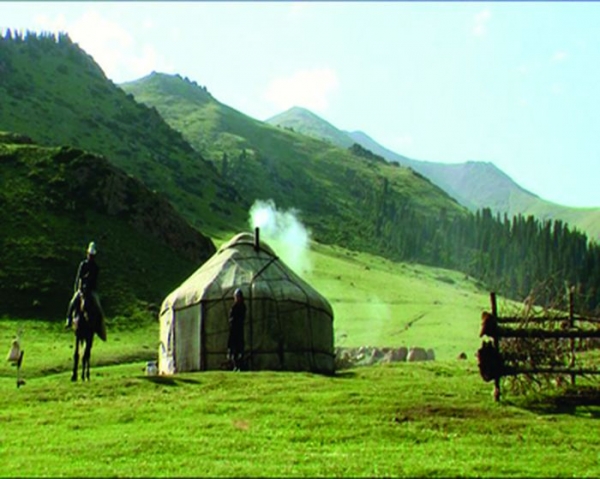 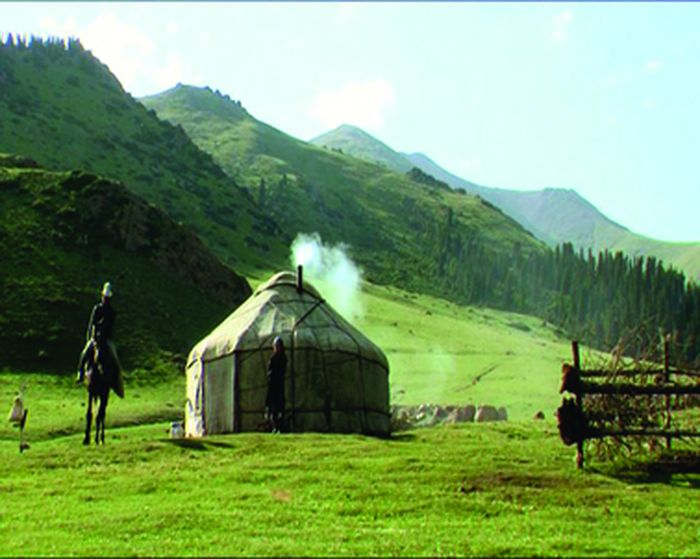 Asema, a young Kirghiz girl from the city, against her parents' wishes, makes a trip with her fiancé, Murat, to his family's village. Murat's family try to force them to marry immediately. However, Asema and Murat want to wait until the autumn. But in the remote, mountainous villages of Kirghizstan an ancient custom exists: the "bride stealing".

Is it possible to justify this custom today, even if husband and wife eventually live happily ever after? This is the theme running through this contemporary, disturbing but ultimately heart warming tale of family loyalty, deception, betrayal and, above all, love. Filmed in the rugged, majestic mountains of Kirghizstan with sweeping, panoramic shots of mountains, lakes and forests, it vividly portrays this centuries-old Kirghiz custom while colourfully reflecting the life, culture and hardships of the people in this unique and fascinating country.

More in this category: « Cry of Heart Waiting for love »
back to top