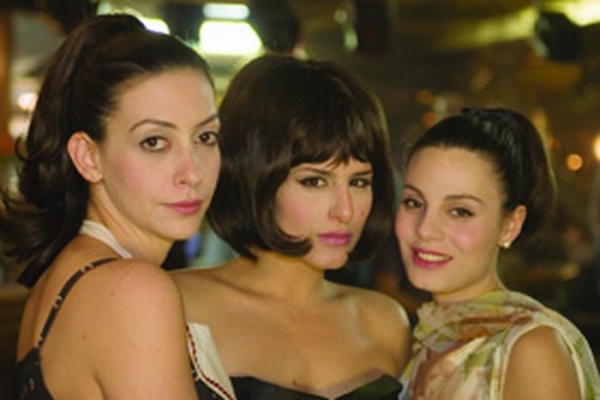 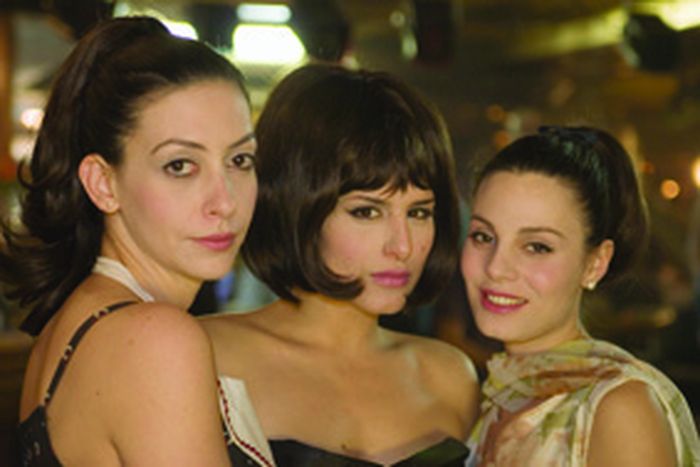 The Hakim sisters, Rose, Yasmin and Flora, were born in Alexandria in 1942. They are triplets. Their saga is one of powerful love and deadly deceit played out in three languages and across three generations. Their mother was a midwife to the court of King Farouk, last of the Egyptian monarchs. Jews became unwelcome and the family fled to Israël in 1958. Rose is a singer, passionate and vain, who is the the first to become a mother. Her performances in French, Hebrew and Arabic at various ages provide a musical backdrop for the web of intrigue between characters who are both tender and vicious. Rose’s daughter Rucha becomes entangled in their complex family his tory when Yasmin falls ill and confesses to a long-held secret.

Filmaker Dina Zvi-Riklis jumps back and forth between the present and earlier stages of the sisters’ lives and weaves a suspenseful and poignant tale.

Three Mothers calls to question the meanings of blood ties and martial loyalties and independance and motherhood itself. Rose, the outspoken one, gets it right : “we were much better sisters than we were mothers.”

More in this category: « Those Three Kabul-Man »
back to top