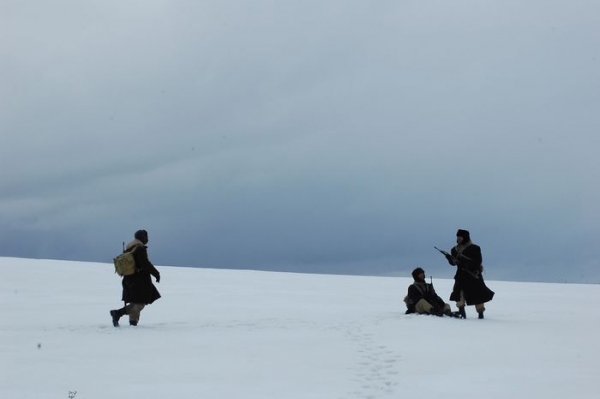 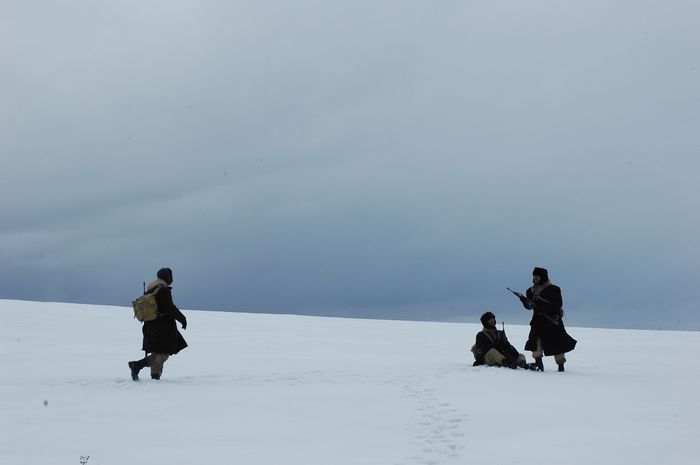 Essi has a family to look after, Yousef is a silent athlete speaking the northern dialect, and Darius, nicknamed Tortoise, comes from South. They are three servicemen in a truck driving through a remote inhospitable area. They walk in the snow with their troops but barely listen to ther superior's orders. Under cover of a thick fog, one of them decides to run away. Soon after the second one follows him and the third one joins them. They walk in this frozen desert. One after the other, they meet a man with children apparently involved in smuggling, and a pregnant woman abandoned by a smuggler. Our deserters start wondering if they made the right choice...

This minimalist film deals with three lost men who are trying to reach their individual freedom. The visual backgrounds are in harmony with the narration. The severe and unbearable climatic conditions form somehow a vague ambiance where the mysterious characters become part of the domination nature.

More in this category: « Frozen Three Mothers »
back to top