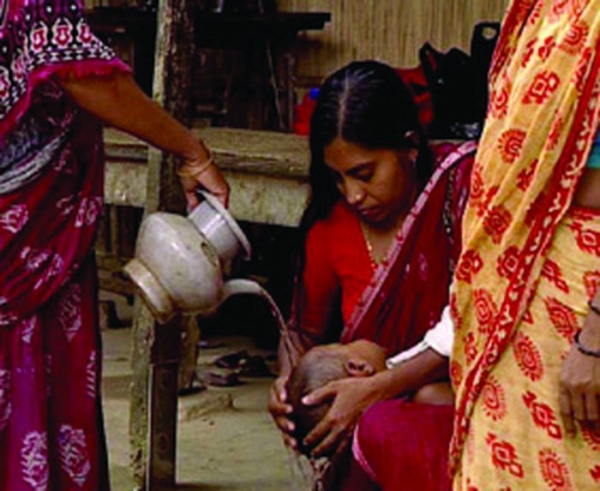 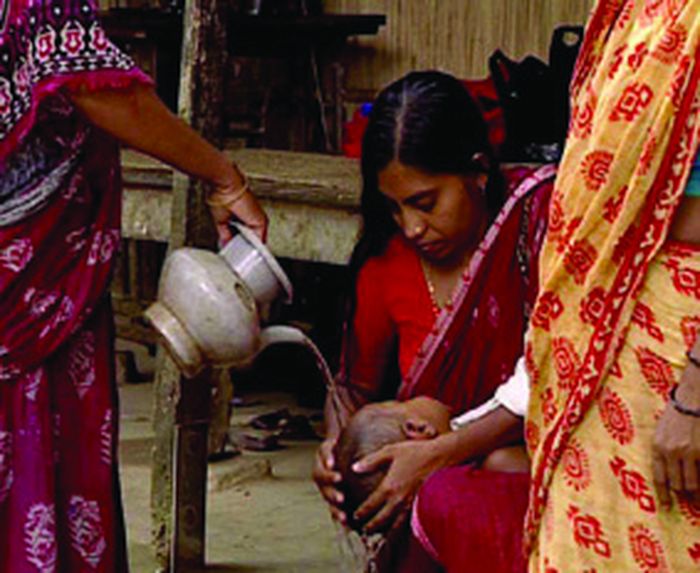 In Bangladesh and West Bengal, 75 million people daily use water contaminated by arsenic. In the 70ies, millions of water pumps had been installed in the area, but it is only in the 90ies that one discovered these pumps in fact gave arsenic contaminated water to the population. The WHO estimation about the consequent human loss due to this intoxication goes beyond Bhopal and Tchernobyl together. Arsenic is a poison which kills slowly and the victims are mainly poor peasant mostly illiterate.

The Devil's Water is the story of three young women whose lives are deeply affected by arsenic poisoning. The film reveals how they become the victims of this tragedy, while in the background it shows the scientists researching the causes and effects of this water contamination which, instead of being the source of life, has become the source of death.

More in this category: « Times and Winds Made in China »
back to top