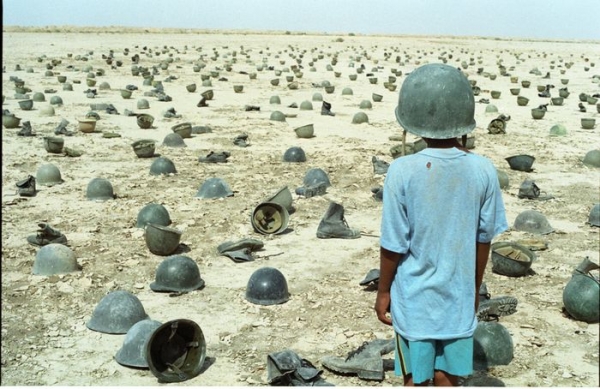 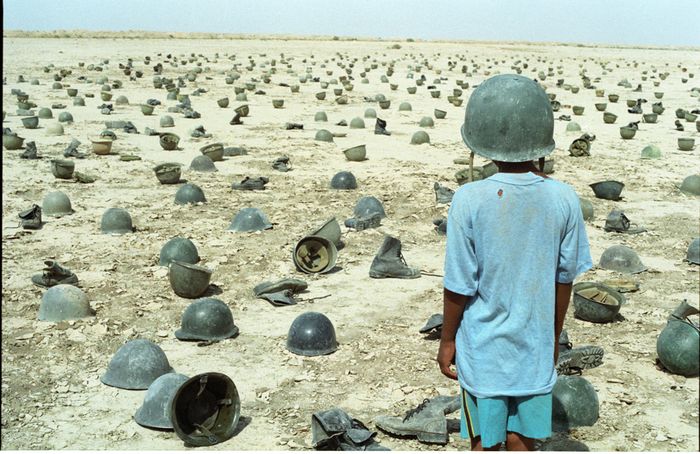 During the Iran-Iraq war, in the eighties.
Disguised as a man in army fatigues and a tightly scarf under her helmet, the protagonist wanders alone trough a desert wasteland. It's later explained that she volunteered to report from the front after being divorced by a man who ruined her life. Her high connexion got her the unusual assignment, but the army allowed her to do almost nothing until she jumped on a supply truck and escaped from her unit. In the confusion of the front, she wanders from battlefields to field hospitals without being questioned. At last, she meets Beshar, not knowing he is a top-level commander and tells her story. He gets her a ride to a village hidden between palm trees and marshland where she will be safe. But the village has just been attacked by the Iraqis and the journalist is forced to migrate to another village with a local woman.

An amount of screen time is devoted to an ill-fated wedding party.This directorial choice gives film a chance to explore the war's terrible toll on civilian life. It is on the edges of combat that the war's impact is felt most strongly.

More in this category: « Barbed Wire On a Friday Afternoon »
back to top