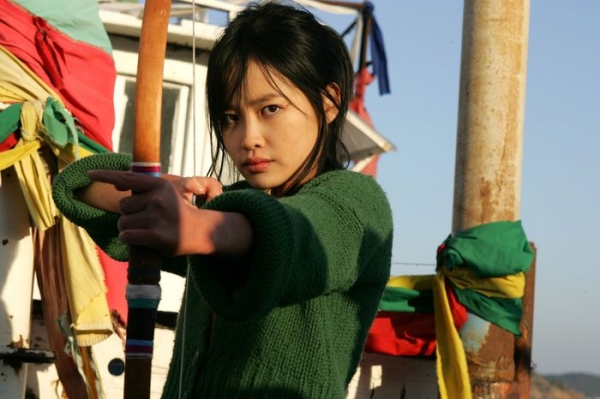 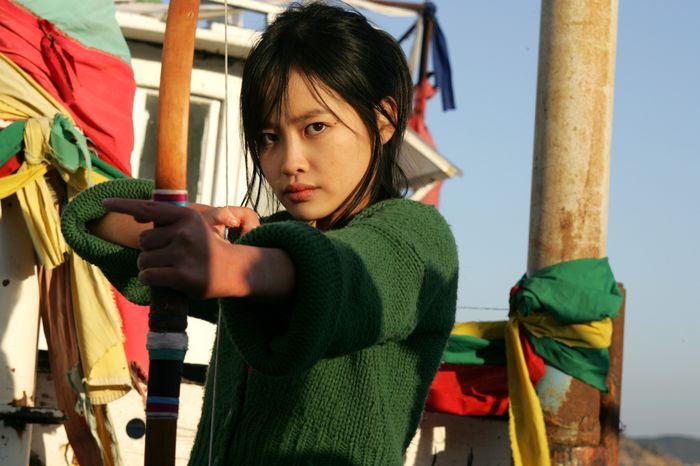 For ten years, an old man has been living on a boat with a young girl, keeping her away from the world. He has been putting a tick against each day on the calendar measuring the gap till her seventeenth's anniversary. When she turns seventeen, he will marry her. Fishermen passing by on the boat have indeed noticed the beautiful young girl placed under the tight watch of her protector. The old man's dream of marrying her becomes an obsession when he realises she is attracted to a young man of the city…

For Kim Ki-duk, the bow protects a threatened world from outside influences, but is also the instrument of a ritual music used as the only communicating link to the world; besides, it can also predict the future like a talisman.

"Strength and resounding beauty - like a tight bow…This is the way I want to live, till my dying breath".

Kim Ki-duk His 12th film was the opening film of Cannes Festival's 'Un Certain Regard' official selection in 2005.

More in this category: « Interstella 5555 The Promise »
back to top