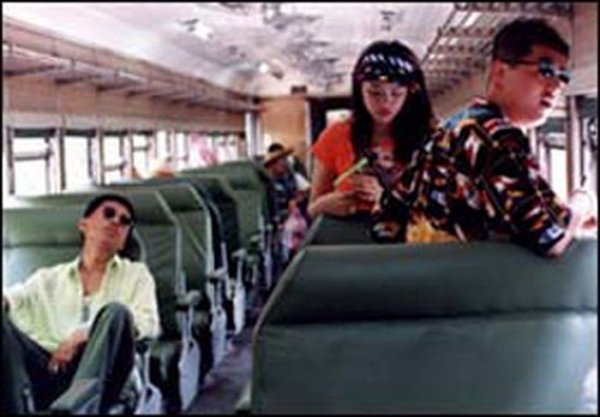 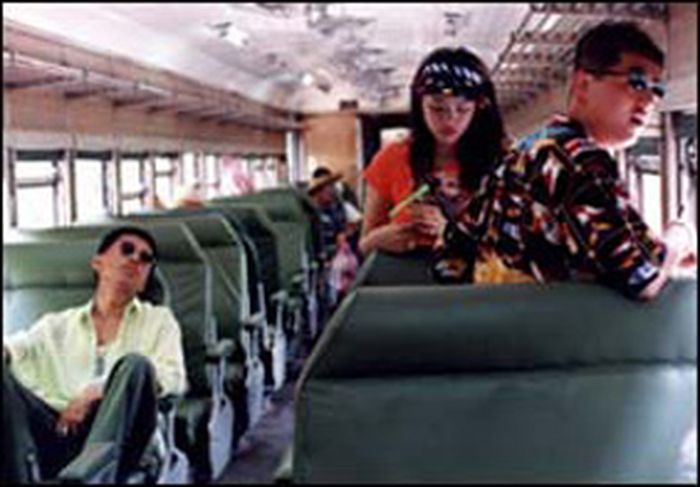 A train stops and starts again. Three young men have walked out : Kao, a small mobster, Shell Skull and Patachou, his girlfriend who sings in a bar. They have plenty of ideas and projects: to open a disco restaurant in Shanghai, to start a pork business in south of Taiwan. The city is not meant for them, what they really enjoy is to bike on the island and rave it up in karaoke bars, have good food in their motel or simply lounge about. Despite their energy, their success remains a dream.

With tenderness and irony, Hou Hsiao-hsien depicts the lives of three young antiheros of modern times.

"It is quite simple: one should allow real life to happen in front of the camera so that cinema reproduces the sensation of real life, and dura tion is decisive to feel the taste of real life." Hou Hsiao-hsien

More in this category: « Flowers of Shanghai Ningen »
back to top