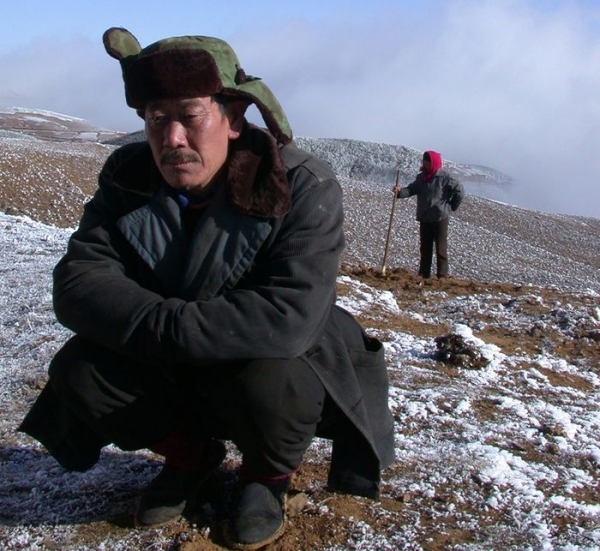 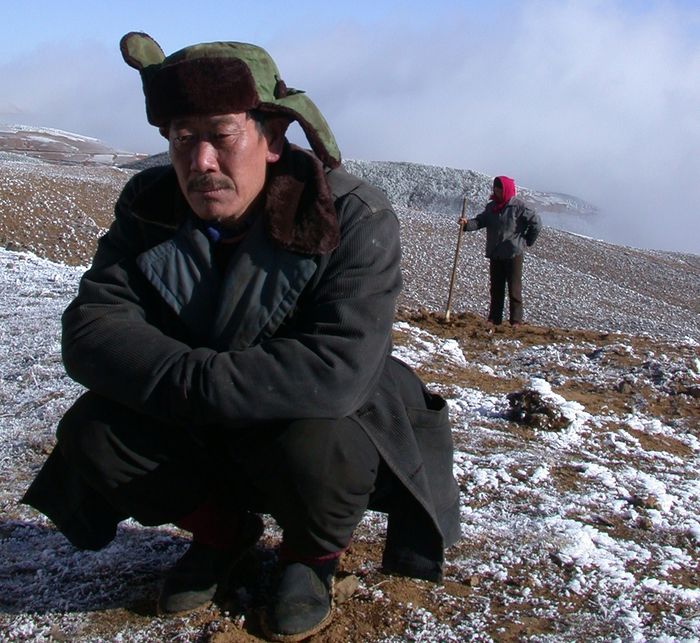 Deshan is an old farmer living at the outskirts of a remote village, in an extremely poor mountainous area. He farms the harsh soil of his homeland, barely managing to scrape enough food to feed his wife. He shares a hard, but serene destiny with his fellow villagers until the government intervenes in his life in the manner of a clumsy god. One day, two rare foreign sheep appear on Deshan's threshold like mysterious and beautiful mythological beings from another world - heavenly creatures sent by the leaders of the municipality to improve the old farmer's life and the village's meagre economy. Deshan thus becomes the talk of the community, the lucky chosen one, the custodian of the village's heart of gold. But the capricious sheep require fancy food and specialized daily care - more than Deshan would have envisioned for the children he has never had.

Following the lulling rhythm of Deshan's ups and downs and frequent comings and goings, Two Great Sheep wends its way into the viewer's memory. The film draws from the harsh geography of rural China a solid, archaic elegance, perfectly suited to this caustically bitter story of humanity struggling at the mercy of unkind nature and a myopic, distant government.

More in this category: « Story Undone The World »
back to top